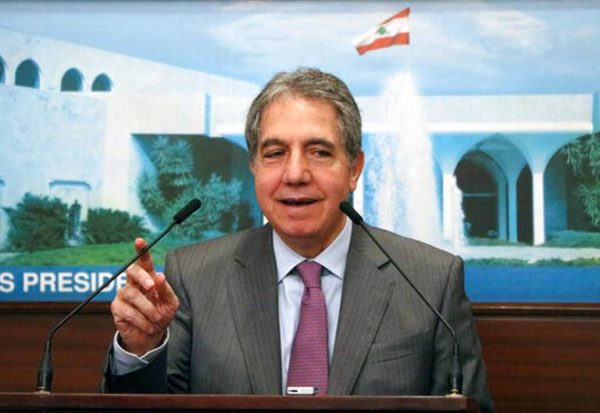 Lebanon’s government has called on citizens residing in the country and its diaspora to send donations to four bank accounts to aid the country’s fight against coronavirus.

Minister of Information Manal Abdel Samad announced the scheme in a statement on 17 March, adding that the fund will be used “to face this crisis”.

The government is claiming that the collected funds will be distributed to people who cannot work during the nationwide lockdown, according to Abdel Samad.

The government has also announced plans to provide food aid to those in need, via local donors, and charities.

Abdel Samad added that “PM Diab spoke of the need to open a bank account for social aid donations aimed at helping citizens who have become out of work, and in this regard he announced that there are preparations to distribute food aid in the various regions, through the High Relief Council, municipalities or local donators”.

But according to analysts neither the residents nor the diaspora trust the government anymore . Analysts are of the opinion that the politicians will use the funds to line their pockets as they have been doing for decades .

In a somewhat related scheme Finance minister Ghazi Wazni told the Financial Times that the government is considering a plan. to rescue the failing banks at the expense of the depositors . The plan calls for converting part of the deposits to shares in these failing banks.

Wazni told Financial Times that the government was studying examples of other financial restructurings from Greece to Cyprus, with options “including a bail-in, where a portion of deposits are converted to shares in the bank.”

He claimed that without such reforms, deposits were at risk.

“To preserve the money of depositors, you need banking restructuring,” he said. Other measures being considered included freezing dollar deposits for up to six years before paying them back in Lebanese pounds and creating a fund of state assets that depositors have to buy into. “We have options,” Wazni said.

Wazni added that the government had been assembling a “comprehensive plan” to rescue the economy, whose gross domestic product he estimated to have shrunk by 4-5 percent last year.

To solve our problem we need the support of international funding,” Wazni said.

The irony here is that Wazni represents Speaker Nabih Berri’s Amal Movement in the cabinet of Hezbollah backed Hassan Diab an d Berri has repeatedly described the deposits in Lebanese banks as “sacred “.

“In a country with $100 billion in debt, we do not see a single thief or corrupt [official] go to prison. Not one of them has been held to account or punished. No government will be able to do anything [about this] or arrest any of the criminals, or defend a single poor man” Journalist of An Nahar wrote in an article criticizing the country’s leaders titled ” Your Corruption Has Turned Lebanon Into Hell And Is Driving Its Citizens To Suicide. “