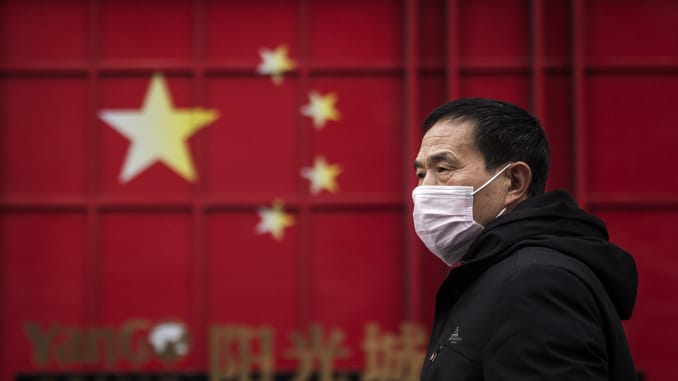 Though scientists are still scrambling to understand new coronavirus and its likely impact, experts are warning it could kill millions globally unless widespread and prolonged social distancing measures are adopted.

While models predicting new COVID-19 cases are still operating on several preliminary assumptions — including its mortality and transmissibility — the figures quickly get scary.

A bombshell study from a team of infectious disease experts at Imperial College London this week predicted that without intervention the disease could lead to 510,000 deaths in Britain and 2.2 million in the United States.

Using the best estimates of current COVID-19 infections rates, they hypothesised that over 80 percent of the populations of both countries would get the disease.

However, it specified that taking measures to prevent unnecessary transmissions — including radical “social distancing” such as closing schools and businesses — could drastically decrease the death toll by managing the strain on health services.

So while the worst case scenario is unlikely given containment measures, it can help form vital decisions from governments.

Respected public health expert Anthony Fauci told CNN on Sunday that it was “possible” hundreds of thousands of Americans could die.

“We have to be realistic and honest: yes, it is possible (and) our job… is to try and make that not happen,” he said.

The Imperial study looked at the effects of two containment methods: mitigation, which seeks to slow the spread of the virus; and suppression, which aims to reverse epidemic growth and maintaining that indefinitely.

It found that even strict mitigation measures would still see British and American intensive care capacity overwhelmed and lead to hundreds of thousands of deaths.

“For countries able to achieve it, this leaves suppression as the preferred policy option,” it said.

The team said that such a strategy would require “social distancing of the entire population” and quarantine for families of confirmed cases.

It also warned that cases would spike whenever social distancing measures are eased.

Overall, COVID-19 suppression efforts would come at “significant” social and economic cost, and would need to last as long as it takes to come up with a widely-available vaccine — as long as 18 months.

The study forced the British government to switch up its tactics, advising citizens to stay home when possible.

In France, the government has implemented an unprecedented lockdown, shuttering all non-essential businesses, closing schools and requiring residents to carry a document declaring why they have left the house.

For weeks, the British government pursued a path of minimum intervention seeking to manage new infections and eventually gain “herd immunity” against the virus.

The Imperial study offered some sobering perspective on this approach: 250,000 dead in Britain and 1.1 million in the US if replicated there.

The scientific body advising the French government’s on its response warned that unmitigated spread could infect 50 percent of the population and lead to “hundreds of thousands of deaths in France”.

Save from advising citizens to wash their hands and not touch their faces, every policy decision to limit the virus’ impact must also be balanced against social and economic interests.

“We need to know what works –- what level of containment actually makes a difference to block transmission. That is still unclear,” Sharon Lewin, head of the world-leading Peter Doherty Institute for Infection and Immunity at the University of Melbourne.

“Do you need to go Wuhan-style to completely stop it?,” she told AFP, referring to stringent lockdown measures imposed in the Chinese city where the outbreak emerged in December.

One of the biggest barriers to accurate COVID-19 modelling is the lack of available tests.

Preliminary evidence suggests a large proportion of patients display only mild symptoms and may get the disease and recover without being tested.

This would have a knock-on effect on the disease’s mortality rate, and it is likely that positive tests trend towards the more serious, heavily symptomatic cases.

This can only be widely known once tests for COVID-19 antibodies — for example those patients who had it and recovered — are established.

“Once we have that we will have a far better idea of the severity of the illness, and in which age groups,” said Cecile Viboud, an epidemiologist at the US National Institutes of Health.