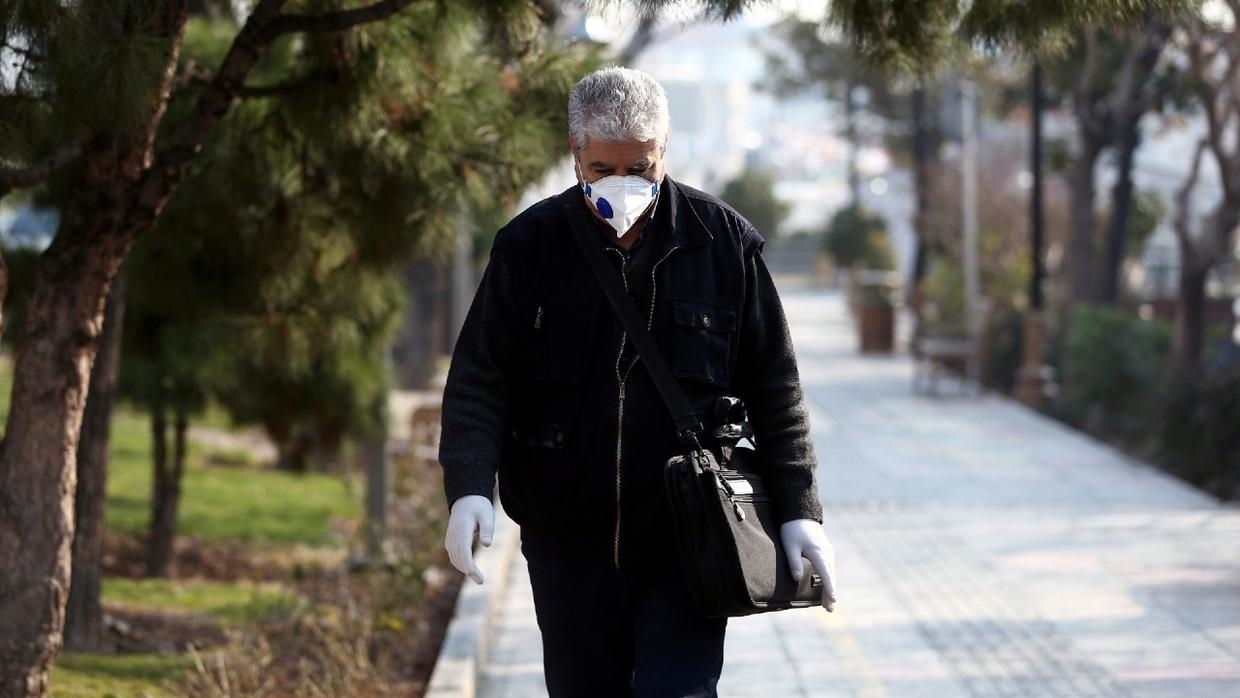 A man wearing a face mask walks down a street in the Iranian capital Tehran. © Reuters archive
Share:

Iran on Thursday reported its single biggest jump in fatalities from the coronavirus as another 149 people died, raising the country’s overall death toll to 1,284.

The nearly 15% spike in deaths — amid a total of 18407 confirmed cases in Iran — marks the biggest 24-hour rise in fatalities since Iranian officials first acknowledged infections of the virus in mid-February.

Even as the number of cases grows, food markets were still packed with shoppers and highways were crowded as families traveled ahead of the Persian New Year, Nowruz, on Friday.

He criticized people for not adhering to the warnings to stay home. “This is not a good situation at all,” he said.

President Hassan Rouhani defended his government’s response to the outbreak in the face of widespread criticism that Iran acted too slowly and might even have covered up initial cases. He told his Cabinet the government was being “straightforward,” saying it announced the outbreak as soon as it learned about it Feb. 19.

“We spoke to people in an honest way. We had no delay,” he added.

For weeks, officials implored clerics to shut down crowded Shiite shrines to halt the spread of the virus. The government was only able to close them this week.

“It was difficult, of course, to shut down mosques and holy sites, but we did it. It was a religious duty to do it,” Rouhani said.

Iran also said it would close mosques for communal Friday prayers for a third consecutive week. Other Muslim countries, including Saudi Arabia, Kuwait and the United Arab Emirates have done so as well.

The virus, which causes the COVID-19 illness, has infected more than 226,000 people globally and killed more than 9200 . For most people, it causes only mild or moderate symptoms, such as fever and cough. For some, especially older adults and people with existing health problems, it can cause more severe illness, including pneumonia. The vast majority recover.

World Health Organization director for the Eastern Mediterranean region, Ahmed Al-Mandhari, said the many travel restrictions imposed by various countries are hurting efforts to combat the virus by delaying both the deployment of health experts and the delivery of urgently needed medical supplies.

Millions across the Middle East were under curfews, quarantines or almost total lockdowns.

In Egypt, the Hilton Green Plaza hotel in the Mediterranean city of Alexandria was quarantined after a British guest showed symptoms. A hotel employee, who spoke on condition of anonymity because she was not authorized to talk to the press, declined to say how many people were in the hotel but added the Health Ministry gave foreign guests the option of leaving to return to their home countries before a suspension of all flights goes into effect Thursday.

Egypt, which has reported 210 cases and six deaths from the virus, has also quarantined more than 300 families in a Nile Delta village, and imposed a lockdown in the Red Sea resort town of Hurghada. All workers at hotels and tourist sites in Sharm el-Sheikh, Luxor and Aswan were ordered to self quarantine for 14 days.

In the capital of Cairo, coffee shops and restaurants were closed in the city of over 20 million, with plain-clothes security forces telling people to go home.

“I am financially ruined. How can I earn my living now?” said Mohammed Gamal, a worker in a coffee shop that was shut down.

In Israel, which reported 427 infections, authorities put the country in near-shutdown mode, ordering tens of thousands into home quarantine, turning unused hotels into hospitals and setting up drive-through testing centers. Most controversially, the government instructed the shadowy Shin Bet internal security service to deploy phone surveillance technology to track movements of those infected.

Israel’s Population and Immigration Authority said it was barring entry to all foreign nationals. It was also closing its land borders to exits by Israeli nationals.

Palestinian Prime Minister Mohammad Shtayyeh announced a halt to all movement out of Bethlehem and two neighboring towns with coronavirus cases and urged Bethlehem residents to stay home starting Wednesday night. Palestinians also were instructed not to work in Israeli settlements or enter Israel starting Sunday.

In Iraq, a week-long curfew began in Baghdad, allowing pedestrians on the streets only to buy necessary food and medicine. Armed police patrolled the city and set up roadblocks.

Some Iraqis flouted the curfew by reopening shops and taking family strolls. Some grocery stands and bakeries stayed open, but many appeared to be obeying the curfew. Iraq has had 11 deaths among 154 confirmed cases.

Pharmacist Shadha Jawad, 65, said her customers showed a lack of awareness regarding the consequences of the virus. “I don’t think anyone will stay indoors for seven days,” she said.

A 12-hour evening curfew was also announced in Libya’s east, which is governed by the self-styled Libyan Arab Armed Forces and commanded by Gen. Khalifa Hifter. They also closed borders with neighboring Sudan, Chad, Niger and Algeria. No virus cases have been reported in Libya, where the health care system has been decimated by conflict.

Pakistan confirmed its first death from coronavirus: a 50-year-old man who had returned from Saudi Arabia. The man tested positive Tuesday at a hospital in Peshawar, said government spokesman Ajmal Wazir.

Pakistani Foreign Minister Shah Mahmood Qureshi, who visited China this week along with President Arif Alvi, said he is protectively quarantining himself. Pakistan has nearly 300 cases of the virus, with many having returned from Iran.

In Saudi Arabia, those in the public and private sectors were asked to work from home for two weeks. Only essential staff for supply-chain services, food delivery, grocery stores, pharmacies, health care and security are not working from home

Leaders of the world’s 20 biggest economies may hold an extraordinary meeting next week about advancing a coordinated response to the pandemic. Saudi Arabia, which currently leads the G20 presidency, said it is communicating with countries to convene the virtual meeting.

As global stock markets remain volatile, the United Arab Emirates’ Securities and Commodities Authority said local exchanges would only be able to fluctuate 5%, rather than 10%, before trading is suspended.