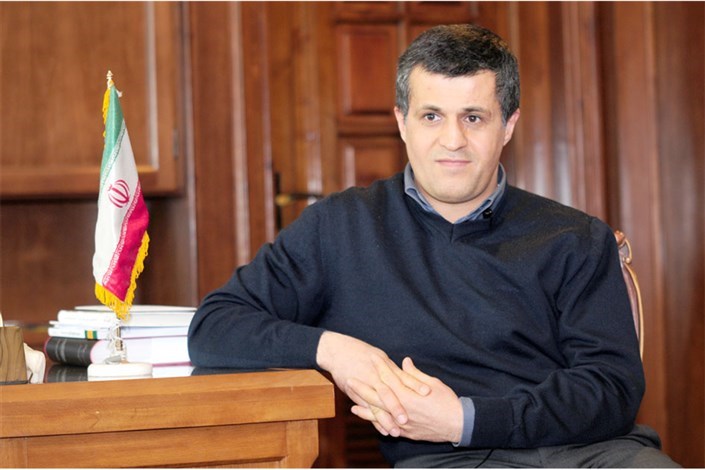 Yasser Rafsanjani the youngest son of former president Akbar Hashemi Rafsanjani, one of the principal architects of the Iranian revolution, has said in a rare interview that the Iranian society is physically and politically sick and its democracy has been castrated
Share:

Iranian society is physically and politically sick, the youngest son of Akbar Hashemi Rafsanjani, one of the principal architects of the Iranian revolution, has said in a rare interview.

Yasser Rafsanjani reflected on the sweeping gains made by the conservatives on a record low turnout of 42 % at the weekend’s parliamentary elections. He said democracy in Iran had been “castrated” by forces outside parliament, including the militia.

Rafsanjani also said some conservative hardliners in his country were as bad as Donald Trump’s supporters, but he called for dialogue between the US and Iran to resolve the standoff over the nuclear deal.

Akbar Rafsanjani was a hugely powerful figure in post-revolutionary Iran. Serving as commander-in-chief during the Iran-Iraq war and later president, he chose Ali Khamenei as the supreme leader. As a member of one of the most well-known political families in post-revolutionary Iran, Yasser Rafsanjani’s comments underline the deep and unresolved divisions within Iranian society.

Critics said the conservatives’ triumph in the parliamentary elections was an engineered victory that left reformists and opposition members with tough choices about how to conduct politics in the future. Many prominent reformists were barred from standing by the Guardian Council, the 12-strong body of jurists and clerics who are largely answerable to Khamenei.

Blame has been freely distributed over the mass abstention, despite the leadership’s insistence that religious duty required Iranians to vote.

Speaking to the Guardian at the house in north Tehran where his father lived for 35 years, Yasser Rafsanjani said: “People vote when they think it will create change. The people felt they kept sending a message to the government but they are not heard. In the last elections, people voted for a parliament to bring change, and it did not happen but there are forces outside the parliament – politicians, military guards – that limit the power of the parliament.”

He added: “Democracy has become a eunuch. It has been castrated. Our society is somehow sick. We are infected by viruses … such as coronavirus but also a societal virus where people do not respect others.”

His father was first elected president in 1989, serving two terms to 1997 before rejoining the parliament in 2000. He was then elected to the 86-strong committee of experts and became its chairman in 2007. He was disqualified from standing for the presidency in 2013.

Yasser Rafsanjani insisted that if his father, a writer as well as a politician, was still alive, he would be deeply disappointed. However, he would still try to provide hope for Iranian society as he had throughout his lifetime, and would be advocating contact with other countries, Rafsanjani said.

“Now with these elections it shows the Iranian hardliners are getting stronger.”

Although he admitted the election results could be interpreted as a signal Iran was retreating from involvement with the west, and that the scope for President Rouhani with Iran’s new parliament was restricted, he stressed the importance of ongoing dialogue.

“I believe in negotiations, and the JCPOA showed if you want to talk to the world you have go to the table,” he said. “Sometimes I tell some of my friends that we would have had to face Donald Trump, with or without the JCPOA, and if anything it helps prevent some of his most insane illegal acts.”

Rafsanjani repeatedly described Trump as insane and accused him of assassinating Iran’s most senior general, Qassem Suleimani, to further his re-election campaign. But he did not rule out talking to the US while sanctions remained in place.

He said: “I accept negotiations at any time. When we signed the JCPOA in 2015, our economy began to grow, and it did so year after year.”

The Rafsanjani children have found themselves in repeated difficulty with the regime, even before their father’s death in 2017. Moshen, one of Yasser’s brothers, and his sister Faezeh Hashemi were sent to Tehran jail in 2012.

Faezeh recently called for the ayatollah to resign, and proposed that a woman stand in the presidential elections next year. Aides said interviews with the foreign press were being blocked.

A second brother, Mehdi Hashemi, was jailed for 15 years on corruption charges in 2015 and barred from holding public office.

Before heading to visit his brother in prison, Yasser said throwing people into jail for their beliefs was not the answer. “My father always said you can eradicate bodies but you cannot delete ideas.”