10 new cases of coronavirus in Iran and 2 more deaths. Govt. accused of cover-up 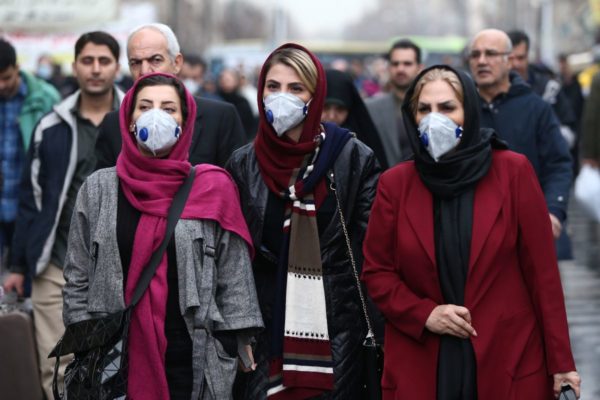 10 new cases of coronavirus in Iran and 2 more deaths bringing the number of cases in Iran to 29. The Iranian government has been accused of cover-up. Iran has become the number one source of the deadly virus for the whole region
Share:

Authorities in Iran on Saturday announced the detection of at least 10 new cases of coronavirus and two more deaths, deepening a sense of public unease over the handling of the spread of the disease.

News of the latest cases and deaths came from Health Ministry spokesman Kianush Jahanpur and the governor of Markazi province in central Iran, cited by state TV.

The Health Ministry earlier on Saturday noted a total number of 28 cases and five deaths and the governor announced a death in Markazi province later in the day.

Most of the cases, including eight of the new infections, have been in Qom, a Shi’ite Muslim holy city 120 km (75 miles) south of the capital Tehran.

Schools, universities and seminaries in Qom will be closed on Sunday and Monday in an effort to prevent the spread of the virus, the government crisis management headquarters for Qom province announced on Saturday, according to the official IRNA news agency.

Health officials had called on Thursday for the suspension of all religious gatherings in Qom.

The cases in Iran have affected the neighboring region.

The United Arab Emirates announced two new coronavirus cases on Saturday, an Iranian tourist and his wife, the state news agency WAM reported, raising the total number of coronavirus cases in that country to 13.

Kuwait Airways was operating special flights to evacuate more than 700 Kuwaitis from the northeastern Iranian city of Mashhad on Saturday, it said in a post on its official Twitter account.

The revelation by authorities of multiple coronavirus cases and deaths over a short period of time has led to criticism and accusations from Iranians online of a cover-up by officials.

Some online posts have drawn comparisons between the handling of the recent coronavirus announcements and the way Iranian authorities revealed information about the crash of a passenger plane last month.

Iran’s Revolutionary Guards accidentally shot down a Ukrainian airliner, killing all 176 aboard. Iranian authorities initially denied blame before later admitting the plane had been shot down in error.

Iran’s health minister, Saeed Namaki, made a reference to rumors about a cover-up on Saturday, saying any cases of coronavirus would be revealed to the public as soon as possible, according to the IRIB news agency.

In a tweet on its Farsi language account, the U.S. State Department said the Iranian government was playing down the danger and giving people “incorrect information.”

There was no immediate response from Iranian officials.

The coronavirus began in China and has largely been focused there, but it has spread to a growing number of other countries.