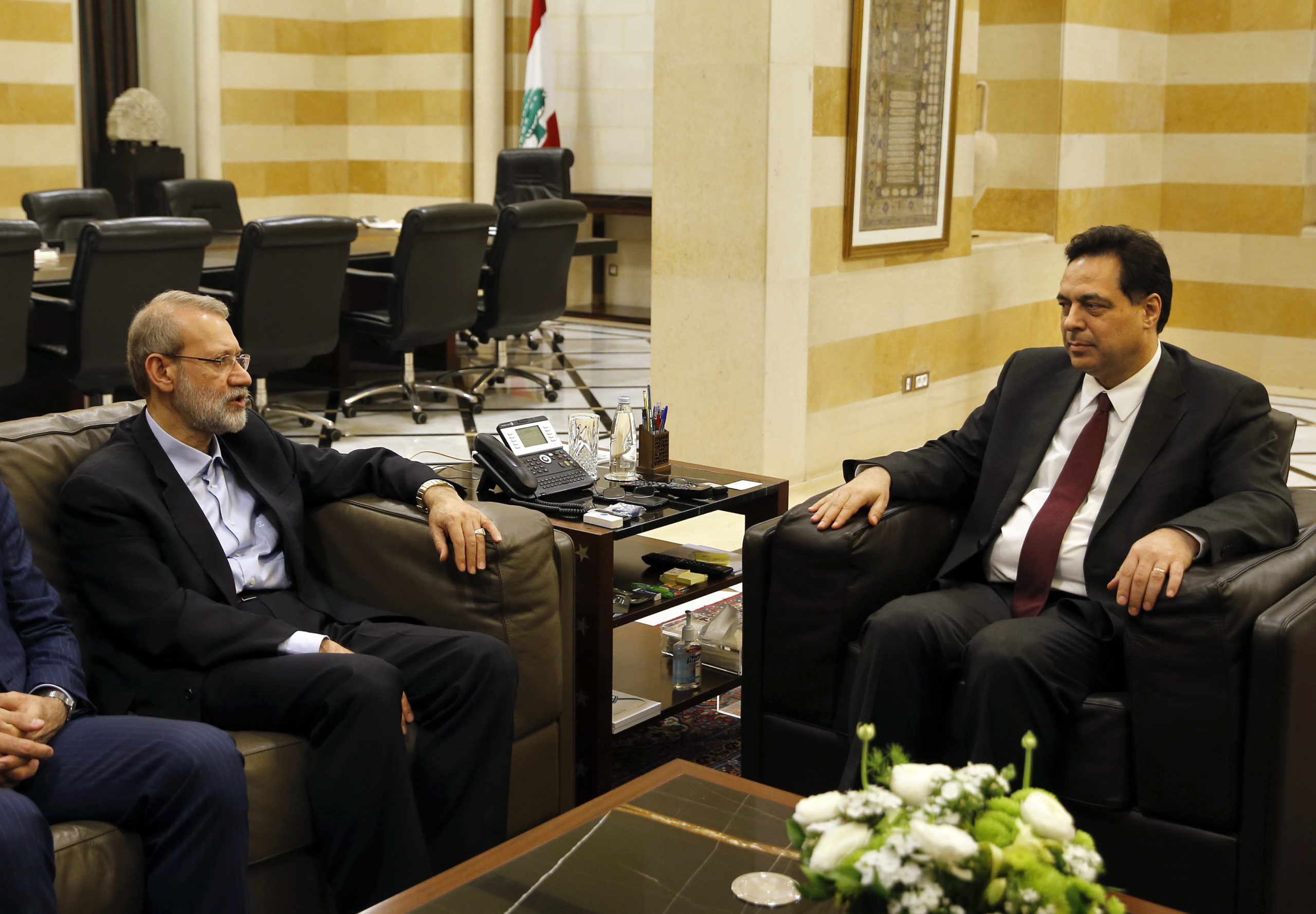 Gulf states had long channeled funds to Beirut but have grown alarmed by the rising clout of Iran’s ally Hezbollah. Lebanon’s rich Gulf neighbors now appear loathe to help it out of an unprecedented economic and financial crisis.

The heavily armed Hezbollah backed Diab’s cabinet after efforts failed to strike a deal with Saad al-Hariri, a traditional Western ally who stayed out of the new government.

The economic crisis came to a head last year as slowing capital inflows led to a liquidity crunch and protests erupted against the ruling elite. Banks are curbing access to cash, the Lebanese pound has slumped and inflation has spiked.

Foreign donors have said they will only help after Lebanon enacts reforms.

In response to a question on whether this would close the door to any Western aid, he said: “We express our full readiness to support but we do not force this on anyone.”

Mohanad Hage Ali, a fellow at the Carnegie Middle East Center, said his visit may not help bolster the new Lebanese government’s image.

“It’s not very helpful at this stage as Lebanon seeks foreign aid and a bailout and the help of Gulf Arab states. This is the not message you want to send,” he said.

Diab has said his first trip abroad would be to the Arab region, particularly the Gulf monarchies. But none of them have officially commented on the government nor extended public invitations to Diab.

An Arab diplomat in the Gulf said only Qatar had invited Diab to visit so far. “No other government in the Gulf will invite him,” the diplomat said.

Qatar did not immediately respond to a request for comment on whether it had sent an invitation.

Lebanese President Michel Aoun’s office said he received an invitation to Tehran during his meeting with Larijani on Monday.

Hezbollah leader Hassan Nasrallah said on Sunday that the cabinet was not “Hezbollah’s government” and that opponents who described it that way were damaging Lebanon’s ties to foreign states and making it harder to combat the crisis.

A team of IMF experts will begin consultations with Lebanon’s government in Beirut on Thursday, a source familiar with the matter said. The heavily indebted state formally requested the Fund’s technical help last week.