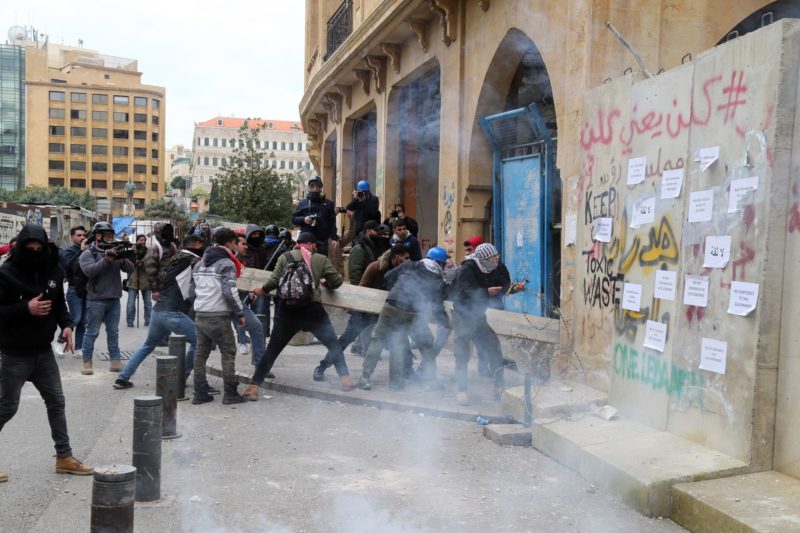 Lebanon is at risk of “implosion” unless it develops a new governance model that’s less corrupt and more transparent than today’s system, according to the World Bank.

“Politicians need to stop and listen,” Ferid Belhaj, the World Bank’s most senior official for the Middle East and North Africa, said in an interview in Dubai on Sunday. “You cannot continue doing what you’ve been doing for years when you see what the reaction on the street is and when you see what the state of the economy is.”

Lebanon has been wracked by protests since October, which forced then-Prime Minister Saad Hariri to step down, over worsening economic conditions and government mismanagement. The new administration of Premier Hassan Diab has asked the International Monetary Fund for technical help, including over how it should handle one of the world’s largest debt loads.

The IMF, which is sending a team to Lebanon, will consider financial assistance too “if we are convinced that there is a seriousness in the approach the government is taking,” Managing Director Kristalina Georgieva said in a separate interview with Bloomberg TV.

Several Lebanese officials have said the country would not want a bailout package akin to what Argentina got from the IMF 2018, given that would come with conditions. While Georgieva did not specify what those might be, politicians in Beirut are concerned they would have to raise taxes and abandon the Lebanese pound’s peg to the dollar, which has been in place since the 1990s.

The government’s debt stands at more than 150% of gross domestic output and foreign investors have all but priced in a sovereign default. Most of Lebanon’s Eurobonds trade below 35 cents on the dollar and politicians are still deciding whether to repay $1.2 billion of notes maturing on March 9. The price of the bonds has plunged to 74 cents from 90 cents in early February.

“Hopefully the new government will be able to tackle the issues that have been pending for quite some time,” Belhaj said. Improving electricity supply, liberalizing the telecommunications sector and reforming education are all crucial, he said.

A shortage of foreign exchange has forced the central bank and local lenders to restrict transfers abroad and caused a currency black market to boom. The pound trades on the streets at 2,490 per dollar, around 40% weaker than the official rate of 1,510, according to lebaneselira.org, a local website.

Middle East Airlines, Lebanon’s main carrier, announced on Sunday it would only take payments for tickets in dollars. It later backtracked after President Michel Aoun said the company, which is owned by the central bank, must accept pounds.

The government needs to take a “very close and serious look at what they can do to reform the economy, not to respond to us, but to the call of the Lebanese people,” Georgieva said.