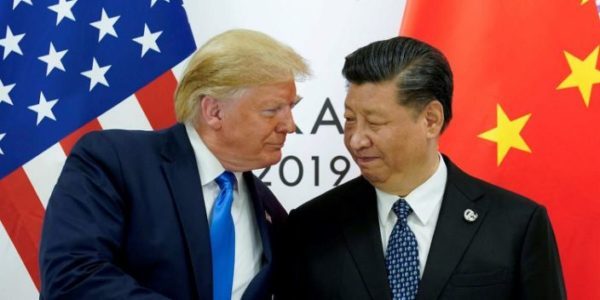 Donald Trump has launched an extraordinary defence of China’s alleged attempts to cover-up the extent of the spread of coronavirus.

The US president, who has claimed without evidence the virus will likely “go away” by April, said Beijing has handled the epidemic “very professionally”, despite accusations the country had attempted to suppress information about the crisis.

Asked by conservative commentator Geraldo Rivera if China was telling the truth about coronavirus, Mr Trump said: “Well you never know. I think they want to put the best face on it, so you know I mean if somebody, if you were running it you’d probably, you wouldn’t want to run out to the world and go crazy and start saying whatever it is because you don’t want to create a panic.”

Some 1,527 people are now known to have been killed and more than 67195 ( of which 11080 are in very serious condition) infected since the crisis erupted in January in the central city of Wuhan. Most victims have been in mainland China along with one each in Hong Kong, the Philippines, Japan and Spain.

The Chinese communist party has taken extraordinary measures in attempts to contain the spread of the virus, including the quarantining of around 60 million people. On Friday it threatened to punish anyone who returns to Beijing without entering quarantine for 14 days.

At the beginning of the crisis, a doctor, who has since died of the virus, was reprimanded by Chinese authorities for warning colleagues about the outbreak in Wuhan.

Outside mainland China there have been nearly 450 cases of coronavirus in two dozen countries and territories, including 218 on board a cruise liner quarantined in a Japanese port, and four deaths, in Japan, Hong Kong, the Philippines and France.

Chinese authorities have claimed that the spread of the virus is stabilising and on Friday night a senior official accused other countries of “overreacting”.

“The epidemic overall is under control,” said Wang Yi, a state councillor who also serves as China’s foreign minister. “This epidemic is truly sudden. It has brought a challenge to China and the world.”

Mr Yi urged the US and other nations not to take unnecessary virus-response measures that could hamper trade, travel and tourism.

However the official statistics on the number of cases have provided no indication that the outbreak is peaking, according to Adam Kamradt-Scott, an infectious diseases expert at the Centre for International Security Studies at the University of Sydney.

But Mr Trump appeared to reflect Mr Yi’s confidence the disease would soon be under control, when he said the virus would likely disappear by April.

That claim has since been denied by his own health agency.