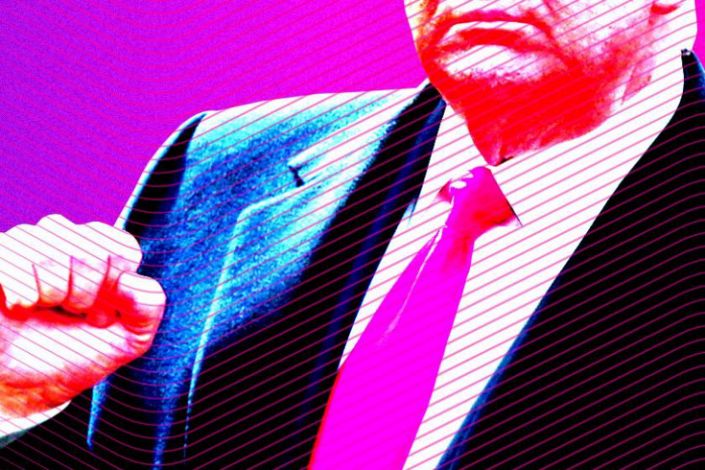 The verdict is in. President Trump has been acquitted of the Articles of Impeachment stemming from the Ukraine scandal. Notice I do not say that he has been “found innocent.” That would be a lie.

It will take a while to sort through the fallout from this impeachment process. The verdict was seemingly inevitable — the Republican-controlled Senate was never going to vote to oust Trump — but the conclusion is still disappointing. It seems possible that American democracy has taken a dark turn from which it cannot recover.

One conclusion is possible to reach, though. The Founders failed us.

They gave us the Electoral College, which was designed to keep demagogues and rapscallions out of the Oval Office. Instead, it ensured Trump’s election. They gave us impeachment, which was designed to oust leaders who had abused their power. Instead, we ended up with a 67-vote standard that can probably never be met. They promised us checks and balances. We now have a president as unfettered, as free from accountability, as any in history.

I don’t want to hear any more about the wisdom of the Founders. They created a government that cannot rid the body politic of a poison like Trump. They promised their design accounted for the fact that human beings are not angels. “You must first enable the government to control the governed,” James Madison wrote in Federalist 51, “and the next place, oblige it to control itself.” Those controls, if they ever existed, are now officially worthless. President Trump is not a man to accept restraints on his power, nor to be chastened by a not-so-near miss. (Senator Susan Collins’ (R-Maine) assertion that Trump had learned a “big lesson” was absurd, and immediately disproved by the president.) Acquittal means he is now free to use the power of the United States government to undermine his rivals and, perhaps, to ensure his re-election to the Oval Office. Can anybody doubt he will seize such opportunities when and if they present themselves?

All it takes to undermine democracy, it turns out, is one man audacious enough to step across the lines — legal and otherwise — with no apparent sense of shame or public virtue. The Constitution, it turns out, was a house of cards the whole time. In retrospect, it is amazing that it lasted as long as it has.

Can it be said to be functional any longer? The Constitution gives Congress the power to make war; this president — and presidents of both parties before him, admittedly — has reserved that power for himself, shrugging off legislative prerogatives to attack Iran. The Constitution gives Congress the power of the purse; this president ignores that rule in order to fund a wall on the Southern border, and to pressure foreign countries to investigate his rivals. The presidential oath of office requires the White House occupant to “preserve, protect, and defend” the Constitution; it is not at all clear that Trump understands what the document entails.

It is true that Trump has not gone to the excesses of Abraham Lincoln, who suspended habeas corpus, nor FDR, who put Japanese-Americans in prison camps. But it is also true that we have not seen Trump observe restraint when he believes disregarding constitutional niceties suits him. There is no reason to believe that the situation will improve in the post-impeachment era.

Our Constitution is battered, our democracy injured. What makes Trump’s acquittal even more galling, though, is that Republican senators have decided to add insult to that injury.

“Ultimately, voters themselves can hold the president accountable in an election, including the one just nine months from now,” Sen. Marco Rubio (R-Fla.) wrotein explaining his vote.

Let’s do the math here. President Trump tried to use his official power to undermine a rival — Joe Biden — and thus cheat his way to re-election this year. Yet Republicans like Rubio and Alexander suggest the election is the best way to hold Trump accountable. That’s like giving John Dillinger a job as a security guard at the local bank and hoping for the best. Given the GOP’s anti-voter effortsof the last decade, that may well be by design.

And yet, in this moment, there is one small reason to have hope. Sen. Mitt Romney (R-Utah) voted to convict the president. He did so knowing he will take tremendous abuse from the president and from most of the party he led as recently as 2012. Democrats will not be able to rebuild this country’s institutions on their own; at some point, they will have to be joined by conservatives of conscience.

That will take time, however, if it happens at all. If we have learned anything during the Trump administration, it is that you cannot be too pessimistic about what is likely to happen next. The attempt to impeach President Trump is now finished. The question remains: Did American democracy die today, too?