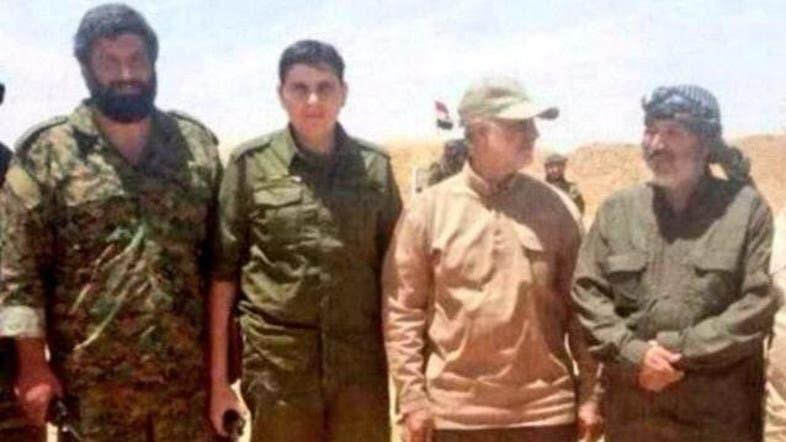 File photo of Asghar Pashapour ( L) who was an elite commander of the Islamic Revolutionary Guard Corps’ (IRGC) Quds Force who is said to have been close to its slain leader Qassem Soleimani ( 2nd from right )
Share:

Asghar Pashapour, who was close to the slain Iranian General Qassem Soleimani, was said to be at the forefront of Revolutionary Guards’ operations against anti-Assad rebels.

A top commander in Iran’s Quds Force who was close to its slain leader General , Qassem Soleimani, has died in battle in Syria, according to multiple reports in Iranian and Arab media.

Asghar Pashapour, a senior member of the Revolutionary Guards’ extraterritorial force, was killed Sunday in battle with Syrian opposition forces in Aleppo, the reports said.

He is said to have been at the forefront of the Quds Force’s operations against anti-regime rebels in Syria, where Iran has been a key backer of President Bashar Assad since the outbreak of the Syrian civil war in 2011.

Soleimani, who was killed in Iraq last month in an American airstrike, oversaw Iran’s support for for Iran backed militias and the Quds Force.