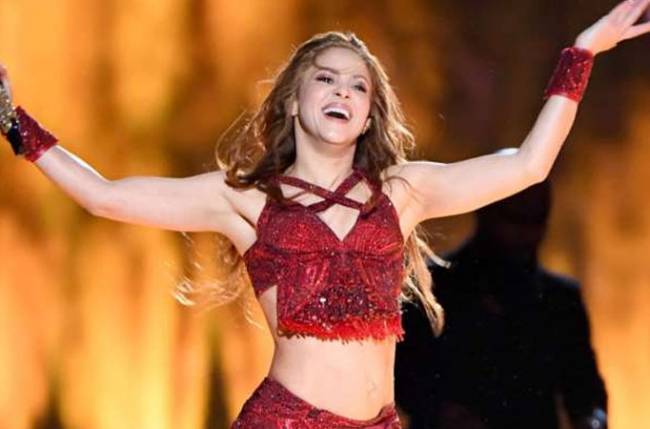 Last Sunday’s Super Bowl show really is the gift that keeps on giving.

Our two favourite female Latina stars, JLO and Shakira, performed at half time and basically made our year. They sang the best throwbacks, wore the sparkliest outfits, and we can’t even begin to describe their dance moves (or even wish to imitate them.)

One of the most viral moments from the show is Shakira showing off her Arab side. In addition to representing her Colombian roots, the superstar included Arabic gestures which were frankly, iconic. This comes to us as no surprise, especially since the ‘Hips Don’t Lie’ singer is half Lebanese. You can already tell by the way she bellydances!

Other than her insane dancing skills, Shakira also featured her song ‘Ojos Asi,’ which is one of her only songs to include Arabic in it. She then followed that with what the Internet is now calling ‘a tongue wag’ or the ‘tongue meme.’

Chiming in because I know everyone will be making jokes about this for days — this is a popular Arab tradition, called zaghrouta, used to express joy at celebrations. In the melting pot that is Miami, you could not have picked a better Super Bowl act and this was a lovely touch. https://t.co/q1H9l8UpQ5

The ‘zaghrouta’ or ‘zalghoota’ in other Arabic dialects, is a traditional Arab vocal expression used for celebration, and to show joy. American Twitter definitely had no idea what it was, but for the M.E, we knew exactly what Shakira was doing.

This is the first time that the singer has represented her Lebanese side like this, so you can understand that seeing this viral meme was both hilarious and super exciting. Go Shakira!