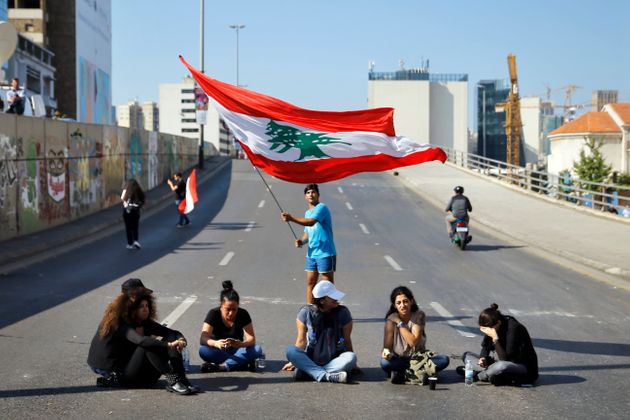 Demonstrators first took to the streets on October 17 forcing the resignation of Prime Minister Saad Hariri’s government shortly after.

The protests resurged this week over delays in forming a new cabinet to address the country’s growing economic crisis.

Last month Hassan Diab, a little-known former minister, was designated as premier to form a new government after the failure of efforts to forge a deal for Hariri’s return.

But no progress seemed to have been made on a final lineup, which protesters demand be made up solely of independent experts with no ties to political parties.

“We blocked the road because it’s something they can’t move,” Marwan Karam said.

The protester condemned what he regarded as efforts to form yet another government representing the usual carve-up of power between the traditional parties.

Nearby, Carlos Yammine, 32, said he did not want yet another “cake-sharing cabinet”.

Elsewhere, demonstrators closed roads including in the northern city of Tripoli, though some were later reopened, the National News Agency said.

Earlier, Lebanon’s security services released most of the 100-plus protesters detained over the previous 48 hours, lawyers said.