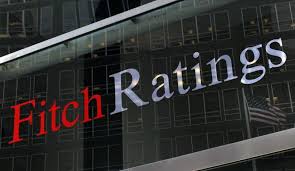 LONDON – Lebanon’s precarious finances mean the crisis-hit country looks likely to default on its debt in some way and could even launch a Cyprus-style grab for savers’ bank accounts, Fitch’s top sovereign analyst said.

Lebanon’s debt problems have jumped back into focus this week after reports emerged of a bid by authorities there to try and delay some of this year’s bond repayments.

A Lebanese source told Reuters that ratings agencies had told the authorities that the plan would constitute a “selective” or “restricted” default, ending its so-far unblemished rating record and potentially triggering further problems.

Fitch’s head sovereign analyst James McCormack told Reuters a distressed debt event (DDE) is defined as when there is a material reduction in terms. That includes a maturity (payment deadline) extension to avoid a default.

More would likely follow, McCormack added. Deep in political turmoil, Lebanon is grappling with its worst economic crisis in decades and battered confidence in its banking system.

The risk of default and its need to rethink a 23-year-old currency peg has risen in a country with one of the world’s biggest foreign debt burdens at around 150% of it annual economic output.

“We think the finances are precarious and a restructuring of some sort is probable,” McCormack said.

The timing of it is less clear, though: “When we look at the repayment profile of the government, it looks manageable relative to the size of foreign exchange reserves the central bank has.”

“It looks OK, a little bit tight shall we say, but if the inflows don’t materialise it really becomes more urgent.”

Lebanon has $2.5 billion in Eurobonds due this year including a $1.2 billion bond set to mature in March.

There has been speculation among bankers and in local media – but ruled out by the central bank – that Lebanon could even copy Cyprus’ move when it took money from better-off savers during its debt crisis.

“That is definitely possible but for us on the sovereign side, that is not necessarily a default,” McCormack said.

“A default is narrowly defined as the government not paying its debt obligations on time.”

About the Cyprus financial crisis

On 25 March 2013, a €10 billion international bailout by the Eurogroup, European Commission (EC), European Central Bank (ECB) and International Monetary Fund (IMF) was announced, in return for Cyprus agreeing to close the country’s second-largest bank, the Cyprus Popular Bank (also known as Laiki Bank), imposing a one-time bank deposit levy on all uninsured deposits there, and possibly around 48% of uninsured deposits in the Bank of Cyprus (the island’s largest commercial bank). A minority proportion of it held by citizens of other countries (many of whom from Russia), who preferred Cypriot banks because of their higher interest on bank account deposits, relatively low corporate tax, and easier access to the rest of the European banking sector. This resulted in numerous insinuations by US and European media, which presented Cyprus as a ‘tax haven’ and suggested that the prospective bailout loans were meant for saving the accounts of Russian depositors.