What the ‘economics of violence’ tell us about Soleimani’s death 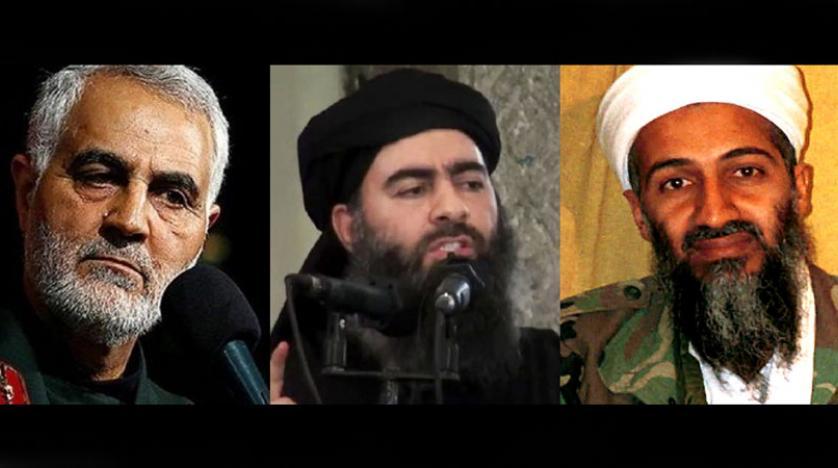 After Iran’s missile attacks on two Iraqi bases and new sanctions from President Trump this week following Qassem Soleimani’s death, the chorus is asking: What happens next with Iran?

The Quds Force that Soleimani led engages in unconventional warfare and intelligence collection. This means they engage in terrorism and insurgency operations outside of Iran’s borders.

Last weekend, the Iranian government announced that it would no longer abide by the terms of the 2015 nuclear deal unless the U.S. lifted sanctions. Under Iranian influence, the acting prime minister of Iraq sought to expel all 5,000 U.S. troops from the country. U.S. political leaders seem at odds over how to respond.

But while individual responses aggregated up to government actions are only weakly predictable, the conditions that incentivize and constrain those responses are observable and instructive. As we saw with the deaths of al Qaeda founder Osama bin Laden, jihadist and terrorist leader Abu Musab al-Zarqawi and ISIS leader Abu Bakr al-Baghdadi, the death of a single individual, however powerful and justice-inducing, does not necessarily extinguish the complex movement behind that individual leader.

Wars in Iran, Iraq, Afghanistan and Syria have been about leaders of organizations competing for scarce opportunities for power and exploiting forms of identity to find leverage. We make a mistake by assigning identity labels to them. Instead, we must consider that behind every act of violence are individuals making decisions in conditions of scarcity. Violence is an economic problem — not in the sense that all violent actors seek monetary gain (although some do), but in the sense that organized violence results from markets in which individuals pursue self-interests while facing constraints.

Employing the “economics of violence” perspective in asking what comes next with Iran in the aftermath of Gen. Soleimani’s death, we must think in market terms. Specifically, we must employ market analysis and ask three questions:

Essentially, Soleimani was the CEO of the firm that is the Quds Force — a firm that routinely engages in violence and coercion, and targets Americans and our allies. The U.S. airstrike removed the CEO; what is the impact on the firm of removing the CEO?

In most cases, even the best executives can be replaced. Sometimes, however, the leader possesses such vision and charisma that the firm suffers from the loss of the leader. The legendary Steve Jobs was replaced successfully by Tim Cook; Indra Nooyi resigned from PepsiCo, and  her successor is leading the company with a reformed vision for the future; Instagram co-founders Kevin Systrom and Mike Krieger left their company in 2018 but company revenue more thandoubled in 2019.

In the same vein, the death of bin Laden was not the death of al Qaeda — and, while it is too soon to say definitively, we can expect that the death of al-Baghdadi did not spell the end of ISIS. We cannot expect that killing Soleimani will destroy Iran’s Quds Force. At a minimum, the act killed a person who did bad things, and it provides some sense of justice to those affected. To understand the more strategic impact, we must look at the market.

Military victory can no longer be defined as the moment when one enemy is either killed or signs a peace treaty, because when one entrepreneur or firm exits a market, others predictably emerge. If the United States or another friendly government or institution cannot step into the void, should the Iran Revolutionary Guard Corps (IRGC) weaken, then we would be foolish to expect a change in the IRGC posture. With the strengthening of U.S. sanctions on Iran, however, the Iranian economy has suffered, likely weakening the IRGC.

A weaker IRGC could provide space for the people of Iran to organize civil institutions and gain power vis-à-vis oppressive ruling Supreme Leader Ali Khamenei. Does true victory mean defeating the Quds Force, or promoting a balance of political power in Iran? Removing the Quds Force’s CEO cannot bring about this outcome but may contribute to such a success if conducted as part of a strategic plan.

Successful violent groups can act with agility. The successful firm adapts as market dynamics change. This means fighting like an entrepreneur. Instead of fighting only with military forces, the U.S. must compete in multiple ways. Such an approach includes attacking sources of funding and access to markets, continuing to pressure managerial capabilities and undermining IRGC abilities to recruit and retain talent.

By using these three questions, we can better understand the nature of human violence. Whatever actions Iran takes as a result of Soleimani’s death, we know that the “economics of violence” perspective provides the clearest framework for understanding what happens next with Iran.

Gary M. Shiffman, Ph.D., is founder and CEO of Giant Oak and the author ofThe Economics of Violence: How Behavioral Science Can Transform our View of Crime, Insurgency, and Terrorism (Cambridge University Press, March 2020). He teaches economic science and national security at Georgetown University.