Philippines tells its workers in Qatar: Stay away from US bases 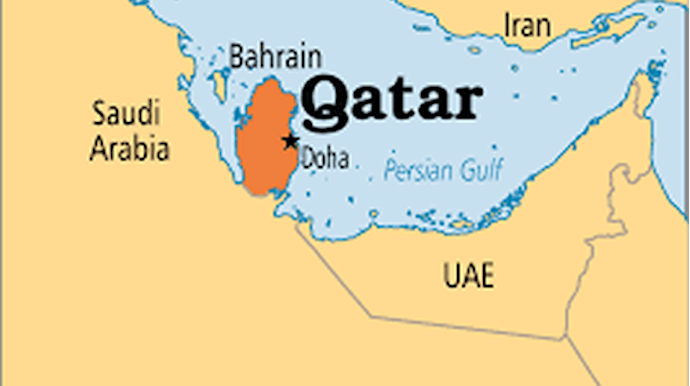 MANILA, Philippines — Environment Secretary Roy Cimatu, who was tasked by President Rodrigo Duterte to coordinate the evacuation of overseas Filipino workers (OFWs) from the Middle East amid US-Iran tensions, has told Filipinos in Qatar to stay away from US bases that he said were potential targets of an attack.

“The presence of the American bases here — the Americans know they will be possible targets,” Cimatu was quoted as saying by local media in a meeting with Filipino community leaders at the Philippine Embassy in Doha.

He clarified, however, that there was no mandatory evacuation of OFWs from Qatar but added that they should stay away from the US bases.

“What could happen here, it’s not an invasion, [but] explosion. If you get out of the explosion area, there won’t be problem,” he said.

The US Army maintains the As Sayliyah Army Base in a suburb outside Doha, while several US Air Force units are headquartered in Qatar’s Al Udeid Air Base, southwest of Doha.

The two bases are being used by the US Central Command as forward headquarters and to preposition military assets for operations in Iraq, Afghanistan and the Persian Gulf area.

The bases took part in the Operation Inherent Resolve, the US-led military invention against the Islamic State jihadist group in Iraq and Syria.

Despite the apparent deescalation of the tension, Cimatu said OFWs should be aware of and heed the advice of Philippine Embassy officials.

“I want you to be always prepared in whatever contingency [measure] that we will be doing,” he said.

Those who needed assistance may contact the embassy’s hotline or social media accounts, he added.

In Manila, Foreign Secretary Teodoro Locsin Jr. said the government would be sending teams to Iraq, Iran, Libya and Lebanon to  speed  up the repatriation and guarantee the safety of the Filipinos who want to return home.

“President Duterte already made an order because he cares. He calls them ‘my OFWs.’ The DFA is responding as efficiently and effectively. Such is the nature of our work with regards to assistance to nationals. We go there. We go in harm’s way so our kababayan like you are out of harm’s way,” Locsin said on the sidelines of a thanksgiving lunch with Filipino seamen recently released by Iranian authorities after their ship was accused of smuggling fuel last September.

In a move aimed at easing tensions in the area the Emir of Qatar Sheikh Tamim bin Hamad al-Thani visited Tehran on Sunday and met with its top leaders. Following their meeting Iran signaled it favors “de-escalation” after 10 days of heightened tensions with the United States that saw both sides fire missiles and led Tehran to accidentally shoot down a passenger aircraft.