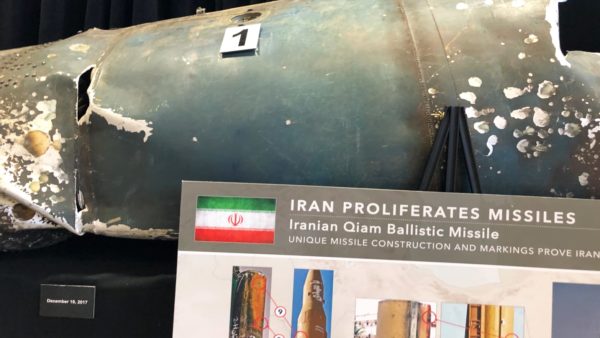 For thirty intense minutes at 1:30 AM local time, the skies over Iraq were lit by streaks of fiery light as at least sixteen ballistic missiles streaked from launch sites in Iran (video here) to target two military bases in Iraq occupied by Iraqi, U.S. and other international forces. Tehran’s promised violent retaliation for the U.S.’s killing of Iranian general Qassem Soleimani was on its way.

Five missiles raced towards a base in Erbil in northern Iraq. However, four appeared to malfunction, leaving only one to land near the target.

However, unlike oil fields in Saudi Arabia, the roughly 1,000 U.S. personnel there were not protected by Patriot air defense missile batteries designed with capability to intercept short-range ballistic missiles. According to the U.S. military, none of the incoming missiles were shot down.

At Asad the Iranian missiles landed on target, demolishing buildings and cratering a flight line. Thankfully, as ballistic missile launches are highly visible on radar, the base personnel were adequately forewarned and took shelter in underground bunkers. Thus, there were no reported casualties from either attack, contrary to Iranian propaganda claiming to have killed “80 American terrorists.”