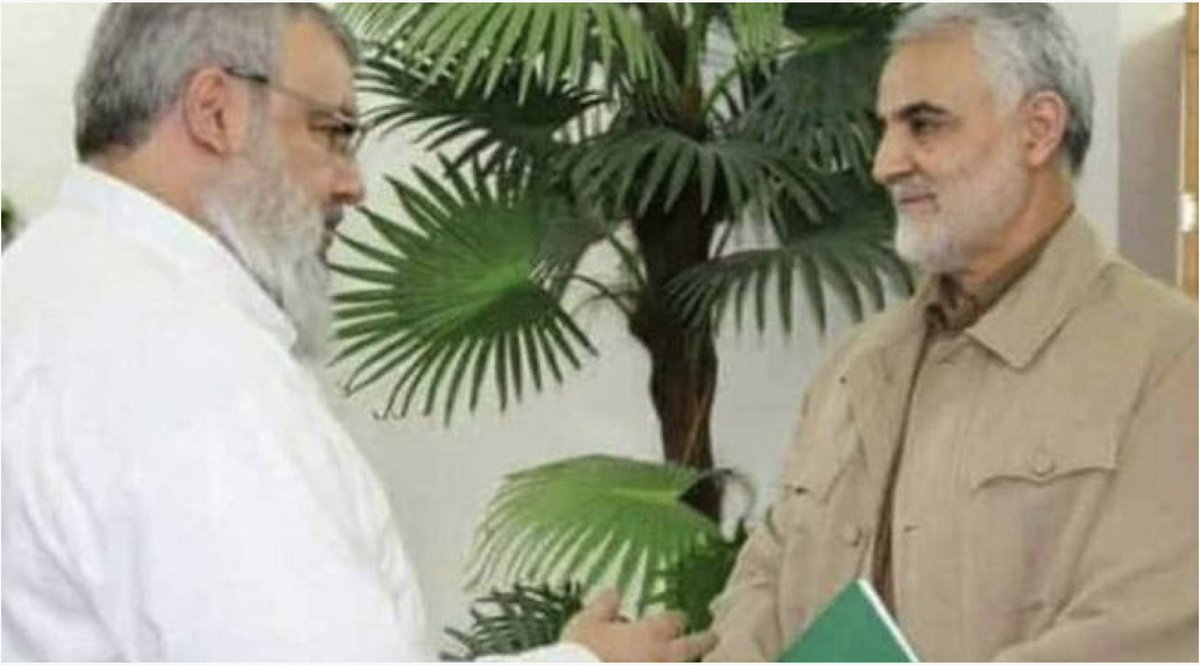 File photo of the leader of Lebanon’s Hezbollah , Hassan Nasrallah and Gen Qassem Soleimani. Nasrallah is shown without the turban . Jan 5 2020
Share:

The daughter of Iran’s General Qassem Soleimani said on Sunday that she knows that Hezbollah leader Hassan Nasrallah will avenge the death of her father.

Zeinab Soleimani told Lebanon’s Al-Manar TV – which is linked with the Iran-backed Hezbollah group – that the “filthy” US President Donald Trump will not be able to wipe out the achievements of the slain Iranian leader.

The young woman, who spoke in Farsi with Arabic voice over, said the death of her father will “not break us” and the United States should know that his blood will not go for free.

In the short interview aired Sunday, Zeinab Soleimani said Trump is not courageous because her father was targeted by missiles from afar and the US president should have “stood face to face in front of him.”

In another development video circulated on the social media of a group of women chanting inside the “Rafic Hariri International Airport” “Death to America and Death to Israel”, while carrying pictures of the slain Quds Force Commander Qassem Soleimani.