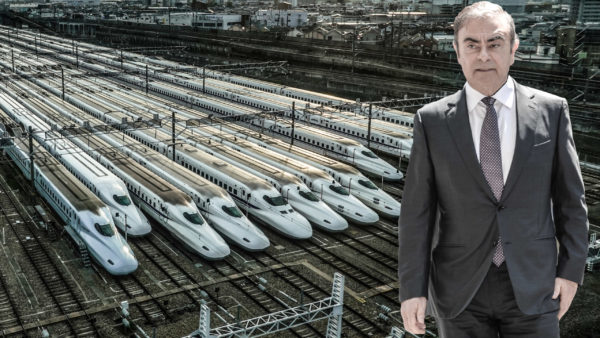 Reports have emerged about how the fugitive former Nissan boss Carlos Ghosn managed to jump bail in Japan, as the country’s justice minister said border controls would be bolstered after the audacious escape.

The 65-year-old executive skipped bail nearly a week ago, fleeing Japan where he had been awaiting trial on multiple counts of financial misconduct, which he denies.

The details of his escape remain sketchy, with Japan saying it is still investigating how he managed to slip past strict security measures imposed as part of his bail conditions.

He got off at a station in western Osaka, arriving about 7.30pm, and took a taxi to a hotel near Kansai airport, NTV said.

He is thought to have taken a private jet the same day from the airport, bound for Istanbul, where he switched planes and continued to Beirut.

Local media reported last week that Ghosn had been caught on a security camera leaving his Tokyo home by himself at around noon on 29 December.

The exact circumstances of his flight from Japan remain shrouded in mystery.

The justice ministry said it did not have a record of Ghosn leaving Japan. “It is believed that he used some wrongful methods to illegally leave the country,” the justice minister, Masako Mori, said at a press conference on Monday.

“I have instructed the immigration agency to further tighten the departure process,” she added.

The Wall Street Journal has reported that Ghosn was loaded on to the flight from Osaka in a large audio equipment case, which was later found at the back of the cabin.

The newspaper cited unnamed sources close to the investigation in Turkey as saying that holes had been drilled into the bottom of the container to ensure the businessman could breathe.

“Operators of private jets decide if luggage checks are necessary or not while airline operators are obliged to conduct security checks under Japan’s aviation law,” a ministry official said.Advertisement

“The security checks are carried out to prevent danger such as bombs, and to prevent hijacks,” he said, adding such risks were considered less likely for private jets.

Ghosn, who has French, Brazilian and Lebanese nationalities, was able to enter Lebanon on a French passport, according to airport documents seen by AFP.

A court in Tokyo had allowed Ghosn to keep a second French passport as he needed it to travel inside Japan, a source close to the matter said.

Japan has launched an investigation into the humiliating security lapse, with prosecutors saying they would “coordinate with the relevant agencies to swiftly and appropriately investigate the matter”.

Ghosn has vowed to give his own account at an eagerly anticipated press conference in Beirut this week.