Who is the Bitcoin creator Satoshi Nakamoto? The most likely candidates 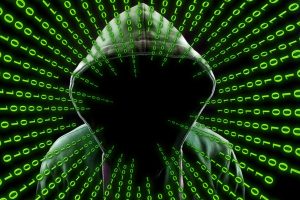 Although Bitcoin has been around for almost 11 years now, it is still a mystery who is the inventor of the first distributed digital cryptocurrency. Although probably everyone who has ever dealt with Bitcoin knows the synonym Satoshi Nakamoto, nobody (who makes it public) knows who Satoshi is and if there is a single person or a group of people behind the synonym.

In general, people know that Satoshi was very careful to protect his privacy. So very few facts about the founder of Bitcoin are known. Even in the early days of the Cypherpunk mailing lists, Satoshi kept a low profile. Without much notice, he published the Bitcoin Whitepaper in November 2008, which laid the foundation for the Bitcoin protocol. On January 3, 2009, the first Bitcoin block carrying the message was dismantled:

The mysterious Bitcoin inventor then tinkered with his invention for another two years until, after a dispute with the community that wanted to get WikiLeaks to use Bitcoin, he posted his last message on the Bitcoin Forum in December. Satoshi did not (yet) want to draw attention to his still “beta-stage” project and probably also to the CIA.

In spring 2011, Nakamoto returned to leave a final message. He explained that he was handing over the reins to Gavin Andresen and all other community members. This was the last time, however, that Satoshi Nakamoto made a public statement.

Since then, there have been wild speculations about who Satoshi is. Over the years, numerous people have also come forward claiming to be Satoshi. So who are the most likely candidates? And has the CIA already identified who Satoshi Nakamoto is?

One of the most frequently mentioned candidates is Nick Szabo. The most important reason for his nomination is “Bit Gold”. In 2018 Szabo wrote on his blog that he has an idea for a decentralized and deflationary money. He described some basic concepts that can also be found in Bitcoin. Among other things, Szabo proposed to use a concept of time stamps and reusable proofs of work to make “Bit Gold” tamper-proof.

However, various linguistic studies have shown that although Szabo’s and Satoshi’s wording are very similar, however, the language style is too different. While Szabo has a digressive writing style, Satoshi’s texts in the Bitcoin Forum as well as in the whitepaper are always very sober and precise.

Another argument against Szabo is that there is no evidence that Szabo has programming skills. His work was rather academic. In this respect, he probably would have needed help in programming Bitcoin. Szabo also denied being Satoshi several times.

A common theory is that Szabo may have received help from Hal Finney. In his blog post on Bit Gold, Szabo sought help with the development. Finney was a cryptographic pioneer of the pre-Bitcoin era and may have answered Szabo’s call. Finney was also the second person, after Satoshi himself, who ran the Bitcoin core software to mine Bitcoin.

In an official interview, Finney, who died in August 2014, stated that he was the recipient of the first Bitcoin transaction when Satoshi sent him ten BTCs as a test. The evidence for Hal Finney is therefore relatively strong. Due to his early death, however, a resolution of the mystery, by himself, is no longer possible.

Another possible candidate for Satoshi Nakamoto is the Australian and entrepreneur Craig Wright. Unlike the previous candidates, Wright does not deny being Satoshi. Instead, he has been claiming to be Satoshi for a long time. According to Wright, Bitcoin (BTC) has lost sight of its original goal of being a digital currency. As a result, he forged Bitcoin Satoshi’s Vision (Bitcoin SV).

Wright first received attention as a Bitcoin founder when he spoke at a conference in November 2015 next to the legendary Nick Szabo and hinted that he came into contact with Bitcoin at a very early (“very, very early”) stage. A month later, Gizmodo and Wired published an article about Wright, as a possible Satoshi candidate. As a basis, both magazines allegedly had leaked documents that Wright and Kleiman had invested 1.1 million Bitcoin in a “Tulip Fund”.

In May 2016, Wright then gave an interview to the BCC and declared on TV that he was Satoshi. As proof, he signed a transaction from an address known to be Satoshi’s – the perfect proof, in fact. For a short time (almost) everybody was also convinced by Craig Wright. However, when the community verified the signature, it turned out that it was a signature of Satoshi, but one that Satoshi created when he sent Hal Finney Bitcoin.

In the current trial, the judge has awarded Dave Kleiman’s heirs half of Satoshi’s Bitcoins, 500,000 BTC. However, as CNF reported, Wright has not yet made the payment and stated that he cannot access his Bitcoin (BTC) as part of the “Tulip Fund”.

Within the crypto-community Craig Wright is also known as “Faketoshi” because of his numerous (alleged) lies. Wright’s confrontation with Vitalik Buterin at Deconomy 2018 is legendary.

An often mentioned candidate is also the long-time cyperpunk Adam Back. Unlike previous candidates, Back also plays an active role in the current development of Bitcoin (as CEO of Blockstream, which funds Bitcoin Core extensively). Back is also the inventor of Hashcash, the only technical predecessor of Bitcoin, which Satoshi cites in the first version of his whitepaper.

However, Back denies being Satoshi. Moreover, Back only entered the Bitcoin scene in 2013 and (as far as is known) never wrote a single line of code for Bitcoin. As CEO of Blockstream he only contributed ideas and concepts.

Does the CIA know who Satoshi is?

In the summer of 2018, the news that the CIA had found out who is behind the pseudonym Satoshi Nakamoto caused a stir. Journalist Daniel Oberhaus from the Motherboard had made a request under the Freedom of Information Act (FOIA) to the Federal Bureau of Investigation (FBI) and the CIA for information regarding Satoshi’s identity. Oberhaus reported that the CIA “neither confirms nor denies the existence of the requested information”.

As early as 2016, Alexander Muse wrote in a blog for Cryptomuse that the U.S. National Security Agency (NSA) had identified the real identity of Satoshi Nakamoto using stylometry. Muse reported that the Department of Homeland Security (DHS) would not publicly confirm his FOIA request.

So, all in all, there is no candidate who stands out. Ultimately, only the signature of a transaction with one of Satoshi’s known keys can provide the ultimate proof. In this respect, the identity of Satoshi will remain a secret in 2019.