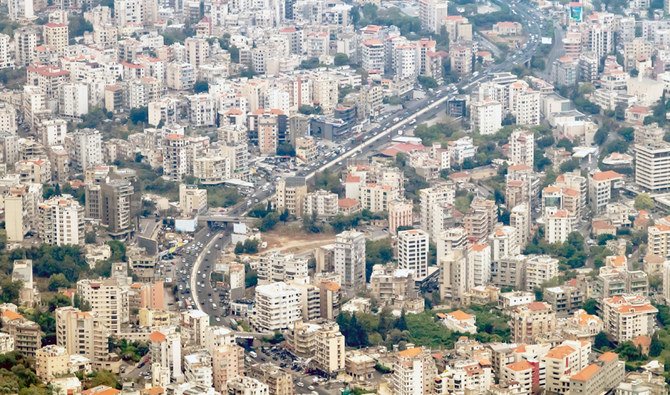 Beirut , Lebanon- The age group 0-14 made up 24 percent of the country’s residents while 11 percent were aged 65 and above, increasing the age dependency rate to 54 percent. (Shutterstock)
Share:

The detailed review also showed the crisis-hit country’s unemployment rate to be running at 11.4 percent, and the average size of Lebanese families to have decreased.
However, Dr. Maral Tutelian Guidanian, general director of Lebanon’s Central Administration of Statistics (CAS) which gathered the data between April 2018 and March 2019, said: “The survey did not include refugee camps, neighboring communities, military barracks and nonresidential units in general.”
The figures represent the first official statistics of their kind to emerge since the end of the country’s civil war in 1990, except for some studies carried out during the 1990s into youth and women.
“In the absence of a recent survey, this survey constitutes a main foundation for planners and national decision-makers to promote Lebanon’s development indicators and contribute to achieving sustainable prosperity for all,” said the International Labor Organization’s (ILO) regional director for Arab states, Dr. Ruba Jaradat.
The results of the study found that the average Lebanese family size reached 3.8 members, down from 4.3 in 2004, with women caring for 18 percent of families.

Construction
A total of 32.4 percent of the population did not reside in their place of registration and this phenomenon was most significant in the capital Beirut, running at 58.4 percent.
Beirut was also shown to have the highest level of foreigners (30.9 percent), many of them domestic workers.
Data revealed that 44.4 percent of Lebanon’s residents did not have any health care cover, while 76.9 percent relied on water that was not directly delivered through household supply networks.
The survey showed a decrease in the construction of buildings, with only 2.2 percent built within the last five years and 66.2 percent of buildings being at least 25 years old.

Distribution
Around 40,000 citizens were questioned by the CAS, which Jaradat described as “an unprecedented number.”
Mount Lebanon governorate had the largest number of residents with 42 percent, while the smallest percentage was in Baalbek-Hermel governorate at 5.1 percent.
Baabda district, covering Beirut’s southern and eastern suburbs, topped the survey category for population distribution at 11.4 percent, with the Besharri district of northern Lebanon coming bottom (0.5 percent).

In the absence of a recent survey, this survey constitutes a main foundation for planners and national decision-makers to promote Lebanon’s development indicators and contribute to achieving sustainable prosperity for all.

The age group 0-14 made up 24 percent of the country’s residents while 11 percent were aged 65 and above, increasing the age dependency rate to 54 percent. Fifteen to 64-year-olds accounted for 65 percent of Lebanon’s residents.
Figures put 55.1 percent of over-15s as being married, 36.4 percent having never been married, and 8.5 percent either widows, divorced or separated. The proportion of early marriages decreased to less than 4 percent among teens aged between 15 and 18.
Other study data highlighted that 85 percent of families were headed by a Lebanese father, with the remainder non-Lebanese.
The number of residents of working age (15 and older) was shown to be around 3,677,000 made up of a labor force of 1,794,000 and those outside of it accounting for 1,883,000.
Among those in the labor force, 1,590,000 had jobs and 203,000 were unemployed, while for those outside the labor force 66,900 were considered as potential workers.
Economic activity in Lebanon between 2018 and 2019 reached 48.8 percent, the study showed, which was equal to the ratio of the labor force to the total number of residents aged 15 and above, revealing an unemployment rate of 11.4 percent, the ratio of unemployed individuals to the total labor force.
If the unemployed category was combined with the underemployment in terms of time and potential labor force, labor underutilization scored 16.2 percent.
The percentage of people working in jobs where they did not receive any health care cover from their employer, and got no paid leave or sickness benefits, was 55 percent of the total number of workers, compared to 45 percent working in the formal sector.
The rate of illiteracy was 6.3 percent among Lebanese compared to 12.5 percent among non-Lebanese, with levels among females being twice as high as those for males.
The EU-funded survey was carried out by CAS with specialized technical support from the ILO.
The head of the governance, security, social development and civil society section of the EU Delegation to Lebanon, Rein Nieland, said: “The survey allows us to take more efficient decisions and paves the way for focused policies.”