Iraq:Mass graves of Sunnis found as mass protests rage on 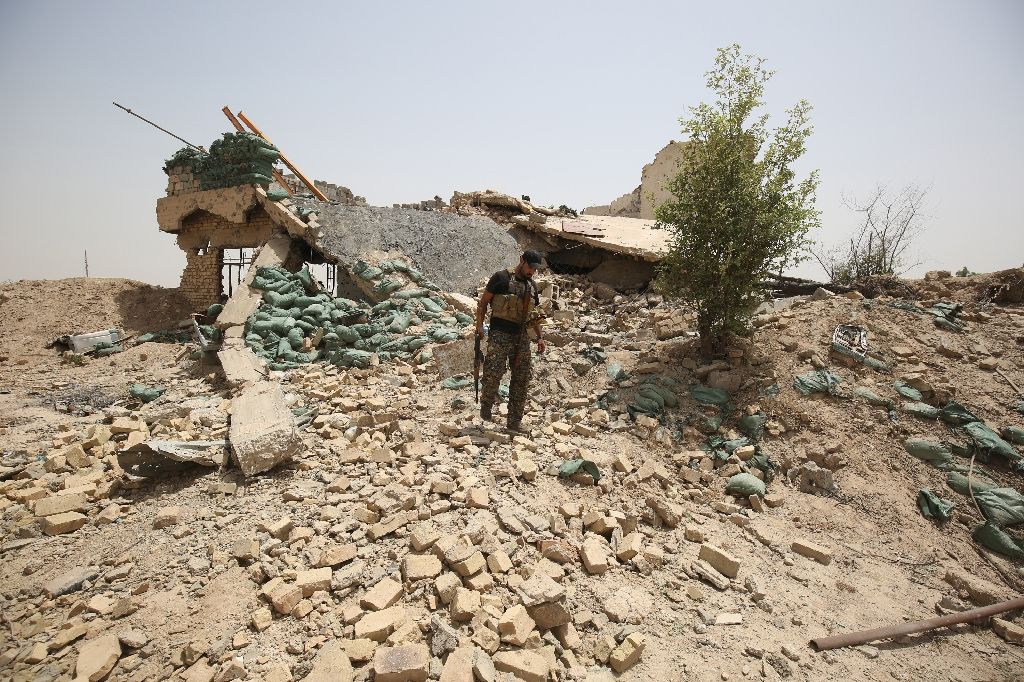 A harrowing discovery has unearthed more than 600 corpses from a Sunni Arab tribe that went missing in 2016 after being detained by formations of Iraq-sanctioned but Iran-backed Shia militias.

The gruesome discovery in Iraq’s western Anbar governorate has once again highlighted how the Iraqi state either condones or turns a blind eye to atrocities in order to maintain its control, allowing sectarian groups who act as proxies to foreign powers to act with impunity.

Those same militant groups have also been implicated in human rights abuses, with rights groups charging the Iraqi government of complicity in their violence.

Protesters have been hurled off from buildings, stabbed, beaten, and shot, with many others subjected to forced disappearances with no record of where they are being held.

A lack of international action as well as a drawdown of the United States’ footprint in the country may mean that the authorities will feel emboldened to intensify their deadly crackdown.

A mass grave containing the remains of 643 Sunni Arab civilians has reportedly been discovered near the city of Fallujah, just west of the capital Baghdad.

The corpses are believed to belong to the Al Muhamdah tribe who vanished in 2016 after their ancestral lands were taken over by Shia militants fighting under the banner of the Popular Mobilisation Forces (PMF), a conglomerate of pro-Iran militants who enjoy official recognition as being part of the Iraqi armed forces.

The grisly finding was confirmed by Iraqi officials who stated that the bodies were found five kilometres north of Fallujah.

At the time of their disappearance from Saqlawiyah near Fallujah, Amnesty International reported that the 643 men and young boys were abducted by PMF fighters who had waylaid civilian refugees fleeing the violence between Islamic State militants and forces aligned with the Iraqi government.

Around 1,300 men and boys deemed to be of fighting age – though no verification process took place – were taken away by the Shia militants and separated from their families.

They were then tortured in a place called the “yellow house”, enduring severe beatings with metal cables, steel rods, shovels, and wooden sticks.

Witnesses described to Amnesty how they saw other detainees being tortured to death in front of them. Reports also indicate how they were deprived of water and either died of thirst or were forced to drink their own urine to survive, creating both deadly and degrading conditions without any hope of due process.

Despite the sheer amount of evidence put forward by international human rights groups and journalists, the Iraqi government under then-Prime Minister Haidar al-Abadi promised to investigate and to bring any perpetrators to justice. However, nothing was ever done, no one was indicted, and there were no convictions.

The discovery of the mass grave will now once more raise the issue of the gross sectarianism that is employed by the Iraqi state and agents acting on its behalf.

While militants have also recently targeted Shia Arab protesters, the level of violence perpetrated against the Sunni Arabs is unprecedented in Iraq since the fall of the Baathist dictatorship in 2003.

During the liberation of the northern city of Mosul from IS militants, Iraqi civilians – who were again Sunni Arabs – were targeted extensively by government-aligned forces and militant groups backed by Iran’s Islamic Revolutionary Guard Corps (IRGC).

Kurdish intelligence estimates were reported to have put the total loss of life in Mosul to some 40,000 civilians killed. Due to a lack of post-war investment and the negligence of the federal government, much of Mosul’s old city remained shattered, with corpses left to bloat beneath the rubble.

The “success” of the massacre of 643 Sunni Arab men and boys may encourage further atrocities. Pro-Iran factions now know that they can literally slaughter hundreds without any fear of punishment and, in light of their involvement in quelling the present protests, this does not bode well for Iraqis seeking democratic change in their country.

The violence of militant groups associated with the federal government and backed by neighbouring Iran against protesters rallying against corruption and Iranian interference has also come under the spotlight this week.

Human Rights Watch released a damning report on Monday, blaming the Iraqi government for dozens of protester deaths that occurred in a coordinated attack in the capital Baghdad by pro-regime militants closely aligned to neighbouring power Iran.

Casualty estimates range between 29 and 80 killed, and a further 137 injured to varying degrees of severity. The Iraqi health ministry has also announced that the death toll is now at 511 people and this figure is set to rise.

HRW’s report outlines how, on December 6, unidentified gunmen stormed Khilani Square, 600 metres north of Tahrir Square, and proceeded to shoot and kill dozens of demonstrators who have been on the streets for three months calling for a complete overhaul of Iraq’s political system that is riddled with corruption, nepotism, and sectarian-based interest groups.

HRW claimed that power to the area was cut, plunging the location in darkness and allowing the militants to kill with little fear of being recognised.

Security forces withdrew just prior to the attack and returned near its end to assist militiamen with rounding up and arresting demonstrators.

While Iraq’s electricity minister, Luay Al Khatteeb, denied the reports and suggested the power outage was due to power cables being shot by unidentified gunmen, the fact remains that the power being cut was directly linked to the attacks on the protesters.

Protesters reported that the only light they could see was from the muzzle flashes of the militants’ gunfire as they were shot at.

The nearby Senak parking garage was also set upon by pro-regime fighters, with one witness describing to HRW that he saw one of the protesters being hurled off of the third storey. Others suffered stab wounds and were beaten to clear the parking garage out.

Aside from HRW’s report, two separate human rights organisations reported that at least 300 protesters had been abducted by Shia militias and detained in secret prisons.

While the United States government did not specify exactly who they thought was behind these arrests and attacks, they did say “they’re not all local, let’s just put it that way,” in a nudge towards Iran who has the most power and influence in Iraq today, eclipsing even that of the US.

US appears to mull Iraq drawdown

A flurry of anger from the US has met the news that Iran’s Islamic Revolutionary Guard Corps (IRGC) proxies in Iraq have, yet again, targeted bases housing American troops and equipment earlier this month.

The administration of US President Donald Trump has issued a stark warning to the Iranians of a “decisive” retaliation should Tehran’s malign actions bring harm to Washington’s interests in Iraq.

On Monday, outgoing Iraqi Prime Minister Adel Abdul Mahdi received a phone call from Defence Secretary Mark Esper, who called on the caretaker Iraqi premier to do more to defend American interests in his country.

Esper’s phone call followed comments he made to US lawmakers on Capitol Hill last week, stating that “Iran should not mistake the United States’ restraint for an unwillingness to respond with decisive military force.”

However, it would appear that Washington’s strong rhetoric is failing to be heeded by the Iranians, as this is not the first time US interests have been attacked by pro-Iran groups.

Early last summer, the State Department evacuated its non-emergency staff from its embassy in the Iraqi capital Baghdad, citing security concerns and threats coming from Iranian-linked groups. This also caused US oil giant, ExxonMobil, to evacuate its staff in May this year as a “precautionary measure”.

A month later, IRGC-backed Shia fighters launched a rocket attack on a compound housing ExxonMobil staff near the southern city of Basra, leading the oil company to begin evacuating its staff yet again.

Such repeated provocations have always been met by stern words but little action from the US, and this indicates that Iran has all but won the battle for influence over Iraq.

This is particularly the case considering that the State Department has sent plans to the Senate Foreign Relations Committee to reduce its overall diplomatic footprint in Iraq by almost 30 percent. Such a dramatic scale down will be perceived by Tehran as a further indication of Washington’s lack of appetite for a military confrontation with Iran or to even challenge its influence in Iraq.

Considering this announcement comes as protesters are being massacred, this may also be taken by the Iraqi authorities as a lack of American interest in the welfare of the demonstrators. This may have devastating consequences and lead to a catastrophic loss of human life.