Iceland under 30 ft of snow. “Maybe this is why people emigrated to America” 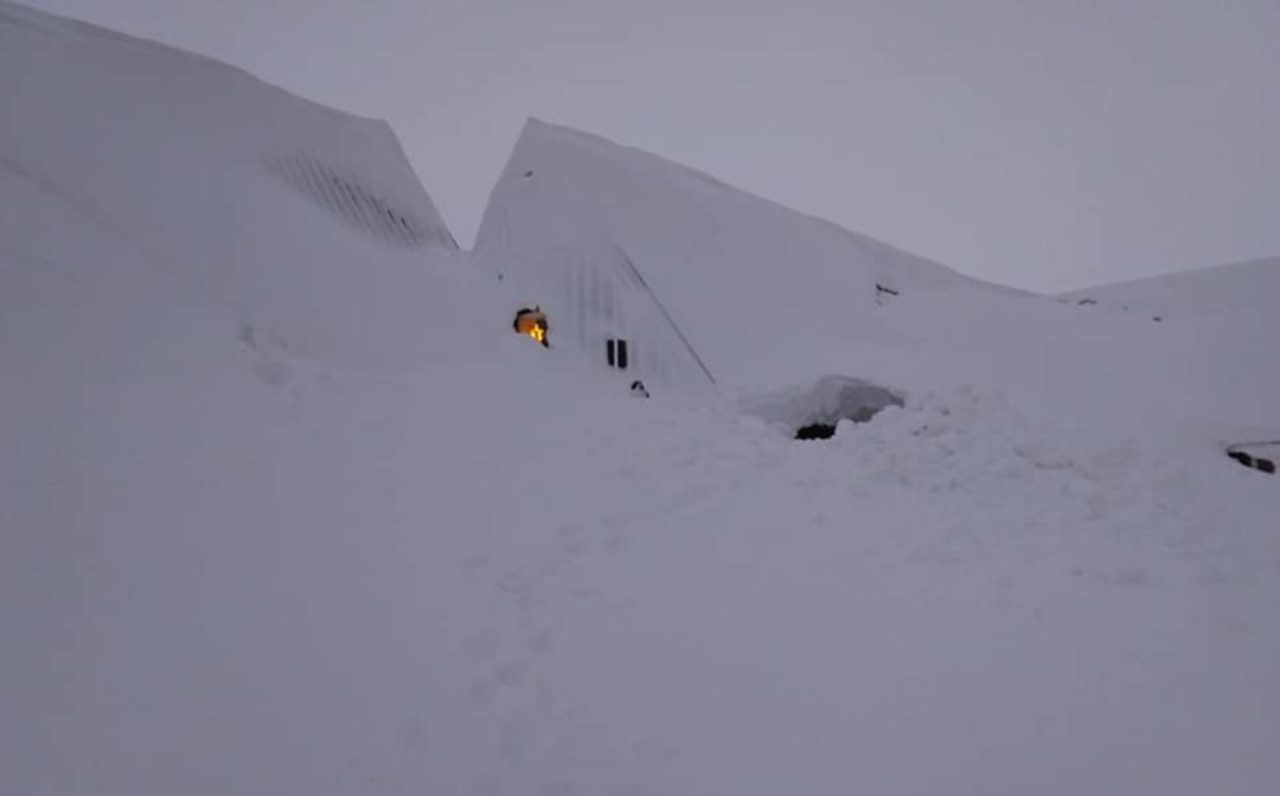 “We’ve never before had snow on this scale,” states Valgeir Þorvaldsson, director of the Icelandic Emigration Center in Hofsós, North Iceland, located in two-story houses that almost disappeared under a thick blanket of snow during the big storm last week.

“When building these houses, it never occurred to us we’d have to shovel [snow] off these roofs. There are, I believe, 9 meters (30 ft) up to the gable of the biggest house, and the roofs are very steep, too,” he continues.

There is a lot of snow in Hofsós.

When contacted by mbl.is on Monday, he had just finished assisting 30 horses in accessing hay in the deep snow.

“Maybe this is why people emigrated to America,” Valgeir ponders.

People worked hard shoveling snow off the roofs of the houses on Monday, in addition to clearing second story windows of snow, so they could crawl through them and into the office.

There is an immense amount of snow beyond one of the houses that make up the Emigration Center, Valgeir states. If those huge snow banks start moving, he doesn’t believe the house will remain standing. Therefore, it is essential to make sure no one is inside, he adds.

Here, you can see what the Emigration Center (black houses on the left) looks like in summer.

Valgeir states that a great deal of work remains for people to get things running again after the storm and the accompanying power outage – not least for farmers.

The violent snowstorm is also responsible for the deaths of up to 80 horses, according to Sigridur Bjornsdottir, a veterinarian for MAST, the Icelandic Food and Veterinary Authority.

“There is a tradition in Iceland for horses to stay outside year-round, and that has been the case since the country was settled,” said Bjornsdottir. “Farmers do not have stables for these horses, which require considerable space. It is, therefore, hard to imagine what more could have been done.”

The Icelandic Met Office has warned of further disruptive snow, and has issued a yellow weather warning.

The lower latitudes are refreezing in line with historically low solar activity.

NASA has recently revealed this upcoming solar cycle (25) will be “the weakest of the past 200 years,” and they’ve correlated previous solar shutdowns to prolonged periods of global cooling