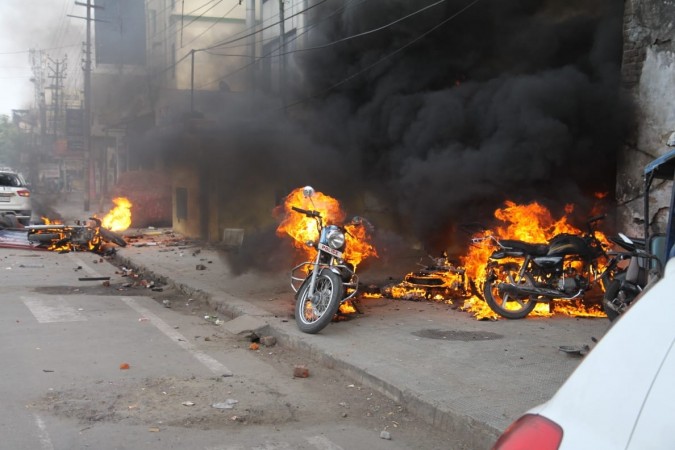 Eleven people have died across the country during widespread violence and protests against the Citizenship Amendment Act (CAA). At least five people have died in Uttar Pradesh while two died in Bijnor, one died in Kanpur, one in Firozabad and another one in Sambhal.

Meanwhile, 15 people have been arrested in connection with the violence in Daryaganj in Old Delhi during a protest against the new citizenship law. Initially, 10 people were held but five more were arrested later, they said. Those arrested have been charged with rioting and using force to deter policemen from doing duty, police said.

Delhi Police have arrested a man who was allegedly involved in throwing petrol-bombs, made from an indigenous formula, on the policemen during the violent protest in Seelampur on Tuesday, an official said on Saturday.

The petrol-bombs were made from an indigenous formula that does not require much or rare material to make and also can be moved from one place to another without putting own life at risk. Moreover, these bombs are often more effective and deadly.

A senior police official, requesting anonymity, told IANS: “Name of the accused is Rahis. He was arrested along with his partner Hasan. The accused was involved in openly hurling petrol-bombs at the policemen and a video he was seen running with something in his hand also went viral on social media”.

“During the violence in Seelampur-Jafrabad area on Tuesday, a video surfaced on social media, in which a man was seen running backwards on the spot after throwing a bomb. He had covered his identity by putting muffler around the neck and wearing glasses. Some other youths were also seen running along with him. It is clearly visible in the viral video that along with the explosion, the hand of the suspect (who later turned out to be a petrol bomb thrower) has blasted from the wrist in the blast. Blood was dripping from his wounded hand, and carcasses of flesh were hanging,” a senior police official said.

Shia Cleric Maulana Kalbe Jawad has spoken in support of the Citizenship Amendment Act (CAA) and has appealed to Muslims to show restraint. “CAA and NRC are two different things. NRC as of now is implemented only in Assam and has not been implemented across India, also we don’t yet know what the rules are going to be. Parties are misleading on this, I appeal to Muslims to show restraint,” he said.