Audi: Lebanon ruled by an armed group and a person you all know 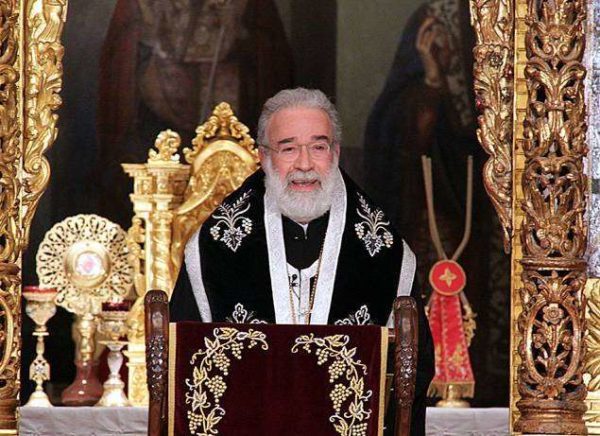 “Today, this country is being ruled by a person you all know, and no one is saying a word, and it is being ruled by a group hiding behind arms,” Greek Orthodox Metropolitan of Beirut Elias Audi declared in a sermon marking the 14th anniversary of the assassination of the journalist Gebran Tueni.

“What has scared officials and is still scaring them is the voice of right and truth, the voice of the hungry and suffering people, the voice of everyone who cherishes the country,” Audi added.

“The ruling authority has been sentenced to death while the people and their country will only find resurrection and victory. The birth of a new Lebanon is nearing,” Metropolitan Audi went on to say.

Commenting on the protests that have been sweeping the country since October 17, Aude said the Lebanese who are on the streets are “sacrificing a lot for the sake of a future whose fathers and grandfathers had waited but did not get.”

5 Hezbollah operatives were charged by the Special Tribunal for Lebanon (STL) of being behind the murder of Hariri .

Several Lebanese leaders were assassinated in 2005 and all fingers were pointed at Hezbollah for being behind the murders .

One analyst commented on Audi’s criticism of the ruling elite ” no one is saying a word” . Audi means Aoun , he said “and it does not take a high IQ to figure out that the armed group Audi is referring to is Hezbollah and the person is its chief Hassan Nasrallah “

According to analysts Aoun has been doing exactly what Nasrallah has been telling him to do ever since the uprising started on October 17.