Aoun delays consultations to designate PM by one week 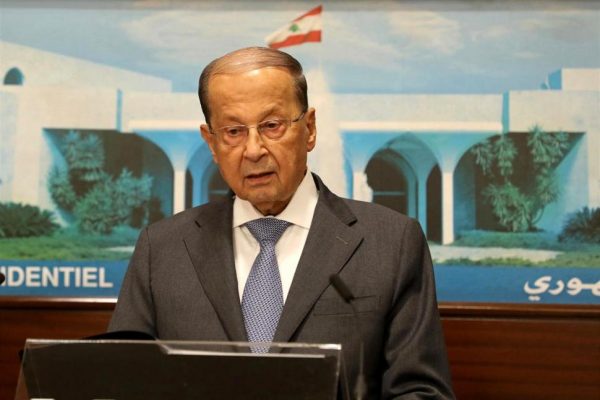 In this photo released by Lebanon’s official government photographer Dalati Nohra, Lebanese President Michel Aoun, speaks to journalists at the Presidential Palace in Baabda, east of Beirut, Lebanon, Wednesday, Aug. 30, 2017. Aoun declared victory against the Islamic State group Wednesday in a live statement praising the Lebanese army for carrying out the operation that ended with the deal to evacuate IS fighters and their families in return for information about nine troops who were kidnapped by IS in August 2014. (Dalati Nohra via AP) The Associated Press
Share:

Lebanese President Michel Aoun postponed consultations with lawmakers to designate a new prime minister by one week until Dec. 16, the presidency said on Sunday.

The consultations, which had been scheduled for Monday, were postponed after Samir Khatib withdrew his candidacy for the position of prime minister.