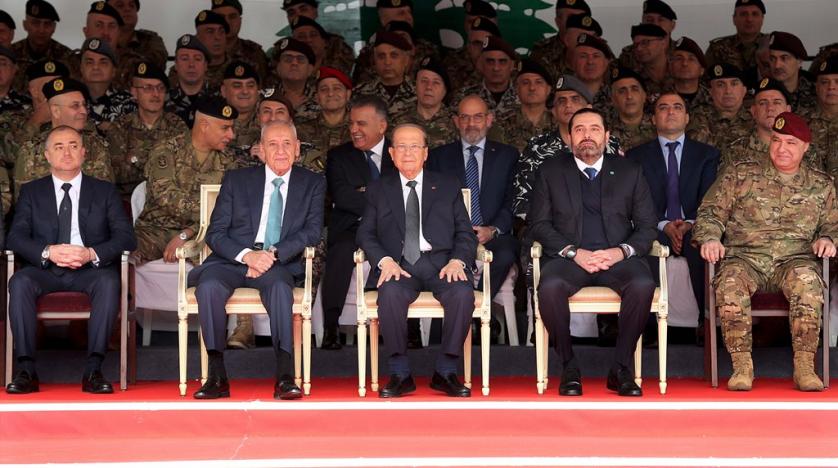 The somber mood at a brief parade at the defense ministry on the occasion of Lebanon’s Independence Day was a clear reflection of growing tension between President Michel Aoun, Speaker Nabih Berri and caretaker Prime Minister Saad Hariri.

This mood came amid a warning from the UN Special Coordinator for Lebanon, Jan Kubis, that Lebanon urgently needs to form a government seen as competent by the people, supported by political parties and capable of implementing deep reforms.

“High level meetings in Washington with the World Bank and International Monetary Fund. Grave concerns about the rapidly deepening economic and social crisis in Lebanon and lack of proper management of the situation,” Kubis wrote on Twitter.

The top leadership attended the truncated military parade which was relocated to the headquarters of the defense ministry from central Beirut, occupied by anti-government protesters.

A little over a dozen regiments marched before the country´s president, parliament speaker and prime minister, who sat under a red canopy. The three only exchanged a few words and left separately. An official celebration at the presidential palace in Baabda was canceled. There were no foreign dignitaries in attendance and no display of tanks or equipment.

Despite official statements that there have been contacts among political parties to resolve the country’s deadlock, a leading source from Hariri’s Mustaqbal Movement told Asharq Al-Awsat that relations between the country’s top leaders are almost frozen.