U.S. Commander calls Iran ‘Bully of the Neighborhood’ warns of an attack 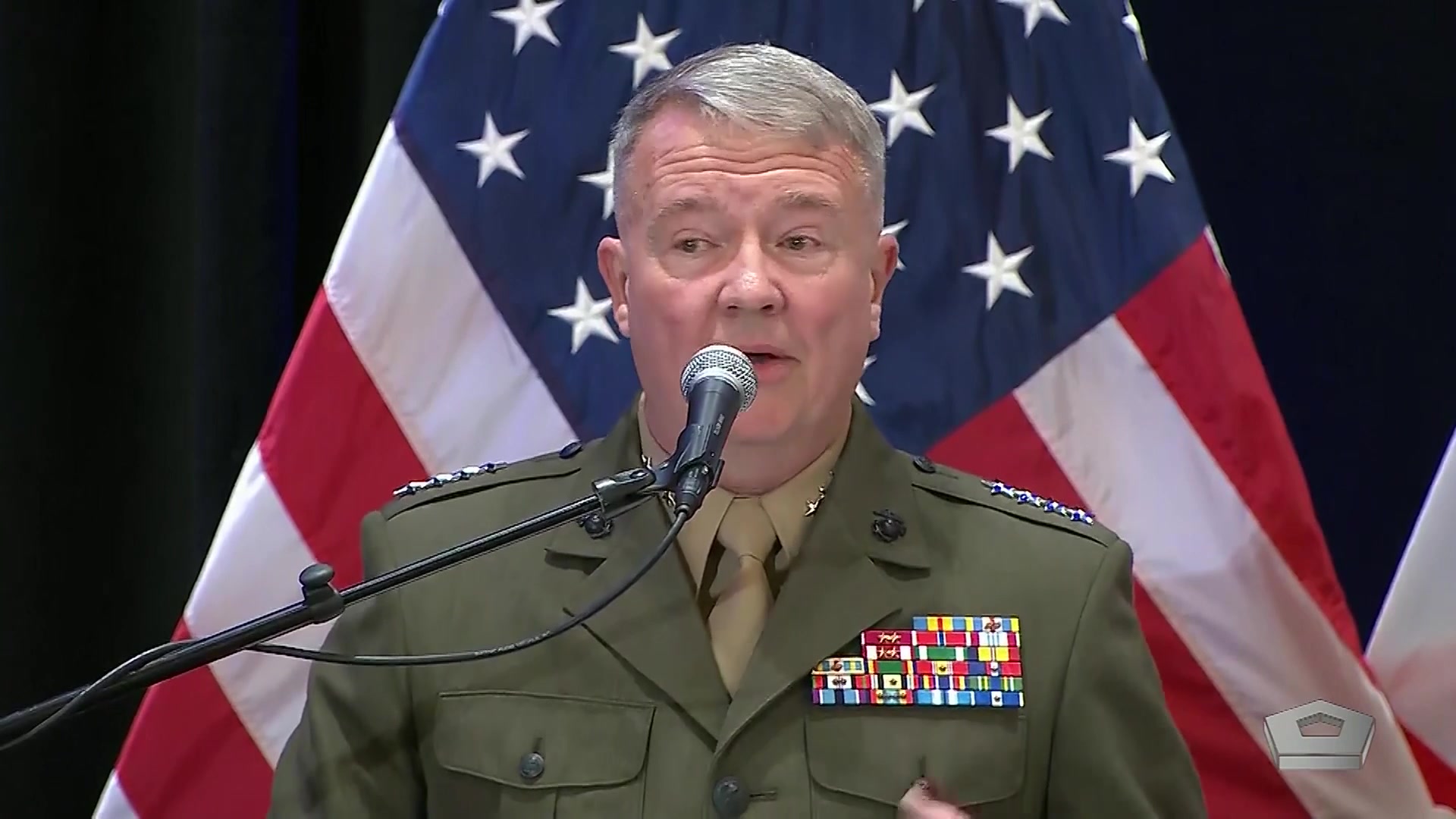 MANAMA, Bahrain — The deployment of 14,000 additional American troops to the Persian Gulf region since the spring has probably not dissuaded Iran from planning a major attack on the scale of the recent missile and drone assault on Saudi Arabia’s oil fields, the commander of American forces in the Middle East says.

The officer, Gen. Kenneth F. McKenzie, the head of the military’s Central Command, said the additional troops, fighter jets and air defenses that the Pentagon has dispatched might have deterred Iran from attacking American targets — like Iran’s downing of an unmanned surveillance drone in June. But he said strikes against Gulf nations were another matter.

“My judgment is that it is very possible they will attack again,” General McKenzie said in an interview this past week ahead of an international security conference on Saturday.

“It’s the trajectory and the direction that they’re on,” he added in a second interview later in the week. “The attack on the oil fields in Saudi was stunning in the depth of its audaciousness,” he said of an assault in September that the United States and its European allies blame Iran for. “I wouldn’t rule that out going forward.”

General McKenzie did not offer specific evidence that Iran was plotting an imminent attack against targets like oil facilities or desalinization plants — citing only the ability of American military and spy agencies to detect patterns of worrisome but unspecified Iranian activities.

“Iran is under extreme pressure,” General McKenzie said, referring to the maximum-pressure campaign of economic sanctions that the Trump administration is employingagainst the country. He added that Iran was trying to “crack the campaign” with attacks to provoke an American military response.

Speaking on Saturday at a regional security conference in Manama, Bahrain, the home of the Navy’s Fifth Fleet, General McKenzie pledged a continued American security commitment to the Gulf despite a Trump administration policy shift to prioritize threats from China and Russia.

He also urged regional partners like Saudi Arabia, the United Arab Emirates, Iraq and Oman to work with Washington in confronting any Iranian aggression.

Saudi Arabia, Bahrain and the Emirates have joined the United States, Britain, Australia and Albania to form a maritime coalition to ensure safe passage through Middle Eastern waterways after a series of attacks on oil tankers in the Gulf this past spring.

“Unfortunately, sometimes the Iranian regime has proved itself to be the bully in the neighborhood,” General McKenzie said in his remarks. “And the only way to stand up to a bully is to do it together.”

Also addressing the security conference, John C. Rood, an under secretary of defense, said that “Iran has made clear its intent to pursue a pattern of aggressive behavior that is destabilizing.”

The Pentagon officials’ comments came as regional allies have tried to de-escalate tensions in the Persian Gulf region. The Emirates, in particular, has broken ranks with President Trump’s hard-line approach to Iran, sending a Coast Guard delegation to Tehran in July to discuss maritime security issues.

American diplomats have sought to play down any fissures with the Emirates or other Gulf partners, divisions that have raised questions about how reliable those nations would be in the event of a war between the United States and Iran.

“We’re working very closely with the U.A.E. to try to convince Iran that the only solution is a political solution,” John Rakolta, a business executive from Detroit who is the new United States ambassador to the United Arab Emirates, told The Associated Press this month.

Some critics of the administration say that allowing the attacks on the Saudi oil facilities and the oil tankers to go unchallenged by the United States military and its allies will embolden strikes by Iran.

Administration officials point to the recent protests in Iran over gasoline price increases as evidence that the economic pressure is working and that Washington’s restraint in response to the attacks is justified.

General McKenzie said that the reinforcements sent to the Gulf region — including more than 3,000 troops to Saudi Arabia — were intended to send a strong deterrent signal to Iran but not to provoke Iranian military action.

In the latest projection of force, the aircraft carrier Abraham Lincoln passed through the Strait of Hormuz last week, the first time a Navy carrier had traversed the Persian Gulf since April. Navy officials have noted that the Lincoln has been at sea for months in the Gulf of Oman without regular port calls for the crew, a potential morale issue that is due to be remedied soon.

“There wasn’t any particular strategic necessity on the timing,” General McKenzie said. “It is important to demonstrate that we can do it when we want to.”

At last year’s Bahrain conference, then Defense Secretary Jim Mattis sought to tamp down concerns that if Washington reduced its security role in the Middle East, Russia would move quickly to fill the vacuum.

At the time, the United States had not had an aircraft carrier in the Persian Gulf in seven months, and the Pentagon was pulling Patriot missile-defense systems out of Jordan, Kuwait and Bahrain as part of a realignment of firepower toward Russia and China.

“On the conventional side, Iran’s military strategy is primarily based on deterrence and the ability to retaliate against an attacker,” Christian Saunders, the agency’s senior Iran analyst, said in releasing the report.

Nor are Iran’s conventional arms the only focus of Washington’s attention.

Iran announced plans this month to reactivate its most sensitive nuclear production site, a deep underground uranium enrichment center, in a step that dismantles some of the last major restrictions on the country under the 2015 nuclear deal that was signed with major international powers but which Mr. Trump withdrew the United States from last year.

It was the third time in six months that Iran’s president, Hassan Rouhani, had outlined a careful series of escalations of Iran’s nuclear capacity.

None of these steps immediately secures the makings of a bomb for Iran. But taken together they create the condition that the three-year negotiating process leading up to the nuclear accord was intended to stop, at least temporarily: Iran’s ability to develop the material for a bomb in a year.