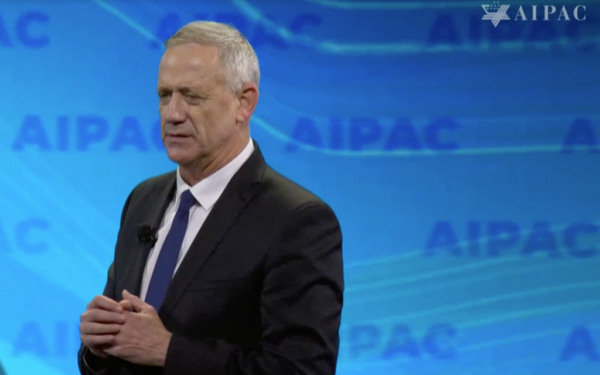 Benny Gantz, the main political challenger to Israeli Prime Minister Benjamin Netanyahu, has failed to form a new government by the deadline set after he tied with the incumbent in a September election, his centrist party said on Wednesday.

The Blue and White party made the announcement before a midnight deadline set by Israel’s president for Gantz, following a similar failed bid by Netanyahu to build a coalition.

Following the failure of both Gantz and Netanyahu to form a government, Israel is now in unprecedented political territory. For the first time in the country’s history, Israel now enters a 21-day period where any of the 120 members of Knesset who can muster a majority of 61 signatures can form a government and be Prime Minister.

Earlier Wednesday, political kingmaker Avigdor Liberman refused to back either Prime Minister Benjamin Netanyahu or Gantz, leaving both without the seats necessary to form a coalition.Former defense minister Liberman blamed both men for their failure to compromise in order to reach a unity government before a midnight Wednesday deadline expires for Gantz to form a government.

“If you ask me who is to blame for the situation? Both parties together — both Blue and White, and Likud,” said Liberman at a meeting of his Yisrael Beitenu party on Wednesday afternoon. “There was a blame game between the two parties, and in the end, it was a blame game without the wherewithal to make dramatic decisions.”

Liberman suggested changing the political system to overcome the current political deadlock in Israel, but most observers believe that effecting such a change would be extremely difficult without a functioning coalition.”All that we are seeing at the moment is a sure way to more elections,” said Liberman.If Gantz fails to form a government by the deadline of midnight Wednesday, the 120 members of Israel’s parliament, the Knesset, have three further weeks to put forward another member of Knesset with the backing of a majority of parliamentarians. If no third name emerges, new elections are automatically triggered, to be held three months later, with March 3 currently seen as the most probable date.