Protesters reject Aoun’s speech, block roads after he urged them to go home 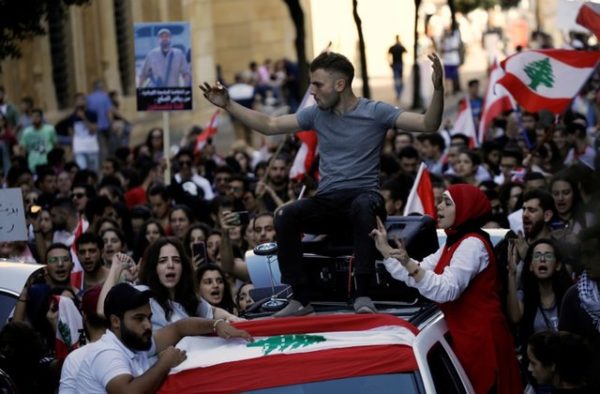 Protesters in Lebanon blocked roads with burning tyres in several parts of the country including the capital Beirut on Tuesday following an interview with President Michel Aoun in which he urged them to go home, the National News Agency reported.

During his televised  interview, Aoun called on protesters to go home, saying their demands had been heard, and warned of a “catastrophe” if they stayed in the streets.

“If you continue in this way, you will strike Lebanon and your interests … I am placing you in front of this choice,” Aoun said.

“We are working day and night to get the situation in order. If they keep going, there is a catastrophe. If they stop, there is still room for [us] to fix things,” he said.

“We’re going to block the roads again to increase the pressure and oust the president,” Haytham al-Darazi, a 36-year-old protester in Beirut, told AFP after Aoun’s speech. 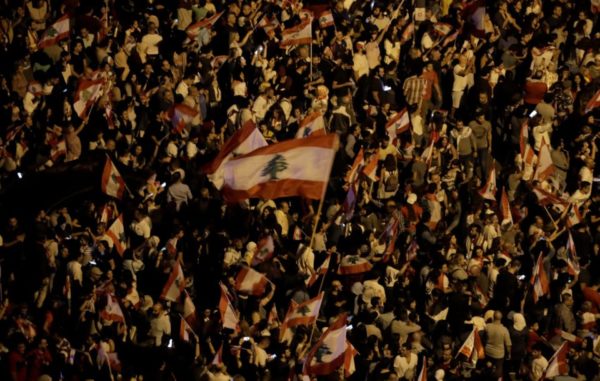 The Lebanese president’s remarks came as thousands of people have taken to the streets across Lebanon to demand a transitional government that would tackle widespread corruption and avert a potential economic collapse.

“A technocrat government cannot define the policy of the country … and I back forming a government that is half political and half technocrat,” Aoun said.

That’s a reversal from what Aoun said last month, when he pledged that the next government would be made up of individuals who have “expertise and experience, not political loyalties”.

Earlier on Tuesday, Aoun met with United Nations Special Coordinator for Lebanon Jan Kubis, who urged the Lebanese leader to “maximally accelerate the process of the formation of the new government” and choose a new prime minister.

Lebanon has struggled under a failing economy, and the past month of protests has paralysed the country.

Update 1: In Khaldeh , a southern Beirut  suburb  one of the protesters  was reportedly shot and was taken to nearby hospital in Shouifat . He was identified as  Alaa Abu Fakhr.

According to this video Alaa Abu Fakhr was killed

Update 2 : The victim is reportedly a member of the Shouifat municipality and was shot  by a person who wore an army uniform but was driving a civilian car.  Abu Fakhr  is  reportedly a PSP member and PSP leader Walid Jumblatt  accompanied by many of his supporters rushed to the Kamal Jumblatt Hospital in Shouifat  as soon as he learned about the shooting.

Jumblatt told his supporters  that showed up in front of the hospital that he contacted  the Army chief and the army chief of staff  . Our only choice is the state he told them and called for calm.

Update 3: The person that shot and killed Abu Fakhr  was identified as Charbel Hujail . He is an army intelligence  office who  and body guard General Nidal Dao .  The  Lebanese army reported that Hujail  gave himself up to the army and was arrested and being interrogated.