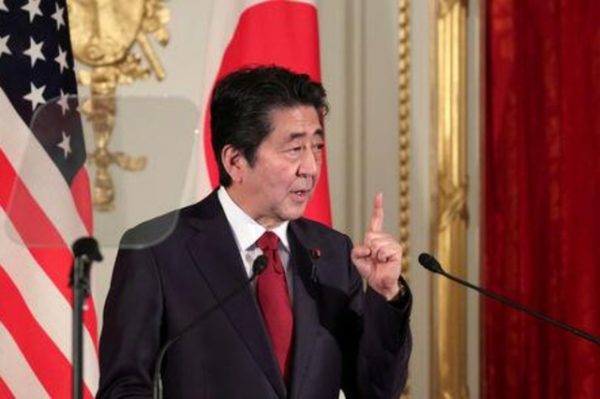 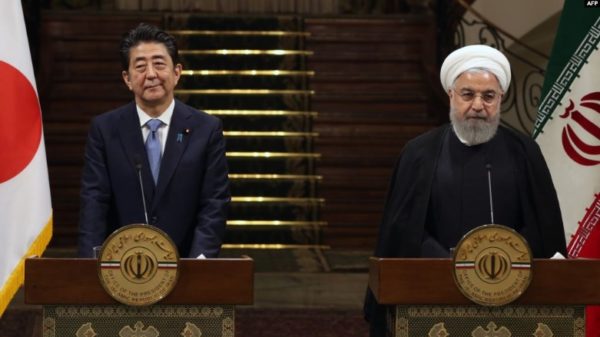 Japanese Prime Minister Shinzo Abe travelled to Tehran on Wednesday to warn that an “accidental conflict” could be sparked amid heightened tensions between Iran and the US.

The visit to Iran marked the first by a Japanese prime minister since a 1979 revolution installed an Islamic government and is viewed as a bid to increase Tokyo’s influence on the international stage.

Tehran is locked in a bitter standoff with Washington after US President Donald Trump withdrew from a landmark 2015 nuclear deal in May last year.

Washington has since re-imposed crippling unilateral sanctions that have forced Japan to halt its once substantial purchases of Iranian oil and launched a military buildup in the Gulf.

“There is possibility of an accidental conflict and a military conflict should be prevented at all costs,” Abe told a joint news conference in Tehran with Iran’s President Hassan Rouhani.

Rouhani for his part reiterated a warning that Iran would offer a “crushing” response if attacked by the US. He also claimed that Japan wanted to again buy Iranian crude oil, though Abe did not acknowledge expressing that in their talks.

“Whenever the economic war stops, we will see a very positive development in the region and the world,” Rouhani said.

‘How can you trust a war criminal?’

Abe’s trip is the highest-level effort yet to de-escalate the crisis as Tehran appears poised to break the 2015 nuclear deal following Washington’s pullout.

The Japanese leader won Trump’s blessing for the mediation mission when the US president visited Tokyo last month.

But while Tokyo has longstanding trade ties with Tehran and close relations with Washington, experts say Abe has little leverage with either side and mediation will be an uphill struggle.

The trip by the Japanese PM “faces substantial obstacles and is unlikely to bear fruit,” Tobias Harris, an analyst at Teneo consultancy group, said in a note.

“While Japan has good relationships with countries on both sides, these relationships do not necessarily translate into influence,” the analyst added.

As the Japanese leader arrived in Tehran on Wednesday, an Iranian newspaper printed a front page image showing the mushroom cloud of a nuclear blast, meant to criticise the Japanese prime minister’s close ties with the US.

The daily Farheekhtegan, or Educated, followed it up with a large headline in both English and Farsi, saying: “How Can You Trust A War Criminal, Mr. Abe?”

The picture appeared to refer to America dropping atomic bombs on Hiroshima and Nagasaki at the end of World War II.