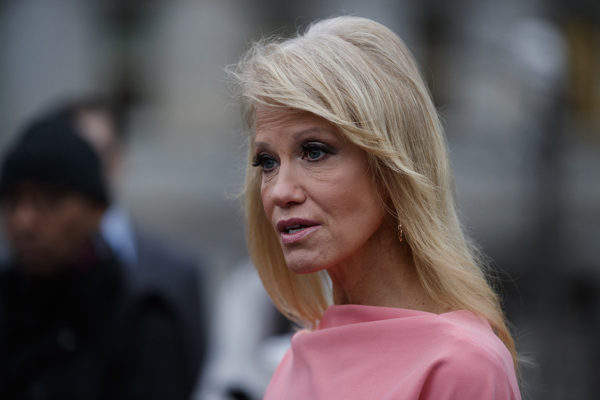 The independent federal agency that oversees compliance with the Hatch Act has recommended that President Donald Trump’s top aide Kellyanne Conway be removed from her job after she repeatedly used her office for political purposes.

The U.S. Office of Special Counsel sent a report to Trump on Thursday that said Conway violated the law numerous times by criticizing Democratic presidential candidates while speaking in her official capacity during television interviews and on social media. It is the first time the office, which is not affiliated with former special counsel Robert Mueller and the Russia investigation, has made such a recommendation for a White House official.

The office, which described Conway as a “repeat offender,” wrote: “Ms. Conway’s violations, if left unpunished, would send a message to all federal employees that they need not abide by the Hatch Act’s restrictions. Her actions thus erode the principal foundation of our democratic system—the rule of law.”

Conway did not respond to a request for comment, “Blah, blah, blah,” she said May 29th when she was asked about the Hatch Act by reporters at the White House. “If you’re trying to silence me through the Hatch Act, it’s not going to work. Let me know when the jail sentence starts.”

A White House spokesman criticized the Office of Special Counsel for being influenced by liberal organizations.

“The Office of Special Counsel’s unprecedented actions against Kellyanne Conway are deeply flawed and violate her constitutional rights to free speech and due process,” spokesman Steve Groves said. “Others, of all political views, have objected to the OSC’s unclear and unevenly applied rules which have a chilling effect on free speech for all federal employees. Its decisions seem to be influenced by media pressure and liberal organizations – and perhaps OSC should be mindful of its own mandate to act in a fair, impartial, non-political manner, and not misinterpret or weaponize the Hatch Act.”

POLITICO reported in May that the office has received a growing number of complaints since Trump took office that federal employees are violating the Hatch Act. In Trump’s first year on the job, formal complaints to the government office that oversees compliance with the 80-year-old law jumped nearly 30 percent.