UK ready to pay up to 40 billion euros to leave EU, report 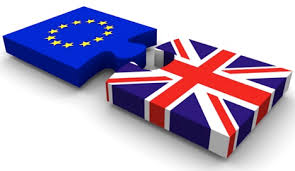 Britain is prepared to pay up to 40 billion euros ($47 billion) as part of a deal to leave the European Union, the Sunday Telegraph newspaper reported, citing three unnamed sources familiar with Britain’s negotiating strategy.

The EU has floated a figure of 60 billion euros and wants significant progress on settling Britain’s liabilities before talks start on issues such as future trading arrangements.

The government department responsible for Brexit talks declined to comment on the article. So far, Britain has given no official indication of how much it would be willing to pay.

The newspaper said British officials were likely to offer to pay 10 billion euros a year for three years after leaving the EU in March 2019, then finalize the total alongside detailed trade talks.

Payments would only be made as part of a deal that included a trade agreement, the newspaper added.

Whitehall is the London district where most British government departments and ministers are based.

Britain’s Brexit minister David Davis said on July 20 that Britain would honor its obligations to the EU but declined to confirm that Brexit would require net payments.

“The focus should be on accelerating talks with the aim of concluding them at the end of 2017. This would enable businesses to adapt during the 15 months leading to March 2019.”

The Telegraph said advisers in May’s office had warned bosses in London’s financial sector that Britain walking out of Brexit talks was a “real possibility” if the impasse over the bill cannot be broken.

Former European Commision head Romano Prodi told the Observer newspaper said it would be economic “suicide” for Britain to fail to reach a compromise on Brexit, and called on the EU to preserve as much trade with Britain as possible to avoid damaging both sides.

If Britain cannot conclude an exit deal, trade relations would be governed by World Trade Organization rules, which would allow both parties to impose tariffs and customs checks and leave many other issues unsettled.

The EU has also wants agreement by October on rights of EU citizens already in Britain, and on border controls between the Irish Republic and the British province of Northern Ireland, before trade and other issues are discussed.