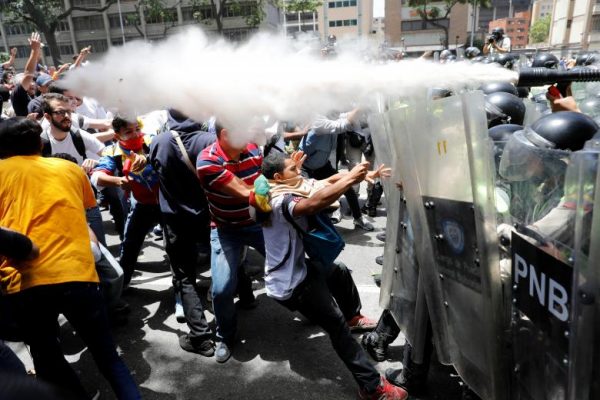 A video circulating on Sunday showed group of men in military uniform saying they were launching an uprising in the city of Valencia to restore democracy in Venezuela.

The Socialist Party’s deputy, Diosdado Cabello, reported a “terrorist attack”, and a witness in Valencia, roughly two hours from the capital of Caracas, said she heard shooting overnight.