Hezbollah Chief credits Iran with victory against ISIS in Mosul , accuses US of funding ISIS 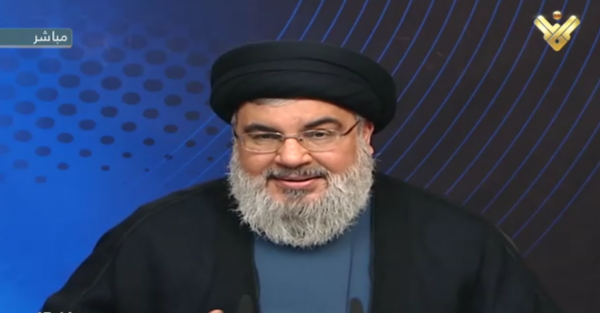 Hezbollah Chief  Hassan Nasrallah credited  Iran with victory against ISIS in Mosul and  dismissed  US   airstrikes as being a   key factor   in liberating Mosul . he accused the US of  being behind  the  funding  for ISIS.

He stressed that the liberation of Mosul is a “historic opportunity” that should be seized upon to uproot extremist groups in the region.

“The decisive position of the Islamic Republic, led by the Imam Khamenei and the leadership of the Revolutionary Guards, came to Baghdad to prepare  for the war against the Islamic State  and remains the most important popular interaction .”

Nasrallah’s boss General Qassem Soleimani who heads up the Quds  Force of the  Iranian Revolutionary Guards reportedly led the Iranian backed Shiite militias that backed the Iraqi troops in their ground war against ISIS.

Nasrallah made the comments during a televised speech marking the  victory by the Iraqi army against the Islamic State in Mosul.

Sporadic clashes erupted in Mosul a day after Iraq’s prime minister declared “total victory” over the Islamic State group, with several airstrikes hitting the Old City neighborhood that was the scene of the fierce battle’s final days.