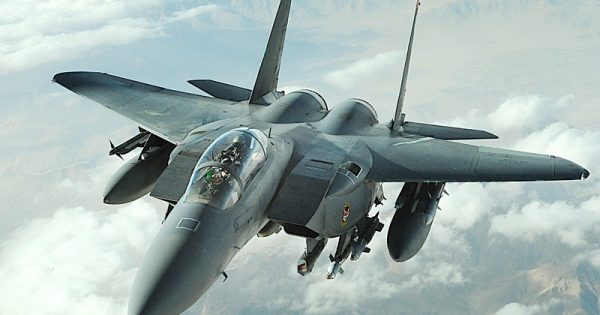 The Iranian drone was shot down by U.S. F-15E Strike Eagle
Share:

The armed, pro-regime drone shot down by U.S. aircraft Thursday after it fired upon U.S.-led coalition members on patrol in southern Syria was Iranian-made, officials tell VOA.

Officials said a U.S. F-15 fighter jet took down the Shahed-129 drone, which can be used for combat and reconnaissance missions.

Thursday’s strike marked the first time the U.S. military had shot down an enemy aircraft in air-to-air combat since February 25, 2009, when an Iranian drone was brought down over Iraq, Central Command spokesman Major Josh Jacques told VOA Friday.

It was also the first time that pro-regime forces had tried to strike coalition forces in the area surrounding al-Tanf, an army base where members of the coalition are training Syrians to fight the Islamic State militant group, according to U.S.-led coalition spokesman Colonel Ryan Dillon. 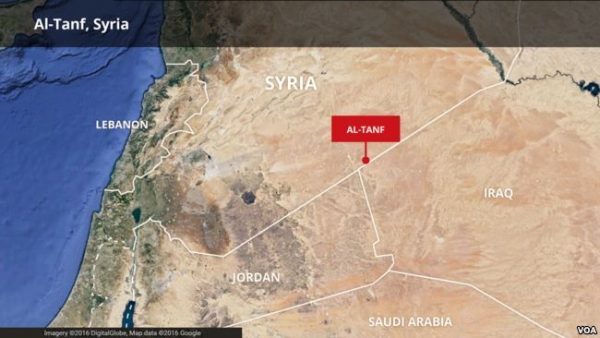 Pentagon spokesman Navy Captain Jeff Davis said the area around the base was largely “calm” Friday, thanks to Russia’s relaying of messages from an established U.S.-Russian communication line down to the fighters near al-Tanf.

“They [the Russians] are trying to get the other parties, the pro-regime, the Iranian-backed militias, to do the right thing and to prevent them from taking actions that are destabilizing,” Davis said.

But while the Pentagon was thanking Russia, the commander of Russian forces in Syria, Colonel General Sergei Surovikin, criticized the U.S.-led coalition for what he described as attempts to “block” Syrian government forces from taking control of the country’s southern border.

U.S. officials admitted to VOA that some of the initial U.S.-Russia conversations were tense.

Local counter-IS fighters were patrolling Thursday with coalition troops about 60 kilometers east of al-Tanf when the drone, which is similar in size to an MQ-1 Predator, launched a “dud” munition that failed to detonate, military officials said.

“It hit dirt; it didn’t hit any coalition forces,” Dillon said, adding that the munition caused no casualties and no damage to equipment, but was “clearly meant as an attack.”

American troops were part of the targeted patrol, according to officials.

“Our patrols were in the opposite direction of where the regime forces were,” Dillon said.

The coalition has said its mission is to defeat IS in Iraq and Syria, but its forces always reserve the right to defend themselves against any threat.

Thursday marked the third day that coalition forces had struck pro-Syrian government forces in less than one month.
Targeted

The coalition strikes on May 18 and Tuesday and Thursday of this week all targeted armed vehicles, tanks and construction vehicles that could be used to establish defensive positions. None of the strikes so far has targeted those pro-regime forces that are stationed along a major road inside the deconfliction zone, but coalition forces continue to urge those forces to leave.

“They have not presented a threat. They have not continued to move toward our forces in al-Tanf garrison, but we will continue to attempt to get them to vacate the area,” Dillon said.

Michael O’Hanlon, a senior defense fellow at the Brookings Institution, a Washington policy research group, told VOA on Thursday that the U.S. and Iran were now in “direct competition for certain access points inside eastern Syria.”

“We don’t necessarily want that for ourselves, but we don’t want it for Iran,” O’Hanlon said.

He said the U.S.-led coalition didn’t feel the need to concede territory there because of the lack of Iranian constituencies in the Sunni-majority area. He also said there was a need to continue developing assets there to defeat IS.

Meanwhile, Iranians sense an opportunity created from the instability in Syria to create a continuous land bridge that would span from Iran to the Mediterranean, O’Hanlon said.