Johannesburg: A painting by a South African artist showing President Jacob Zuma raping the late Nelson Mandela has caused outrage in the country, with the ruling party today describing it as “grotesque”.

The piece by controversial artist Ayanda Mabulu shows Zuma seated on a red chair, penetrating a crying Mandela. The African National Congress and the Nelson Mandela Foundation have condemned the colourful artwork titled: “The
economy of rape”.

“Whilst we respect Mabulu’s freedom of expression, we find his work grotesque, inflammatory and of bad taste,” the ANC said in a statement. 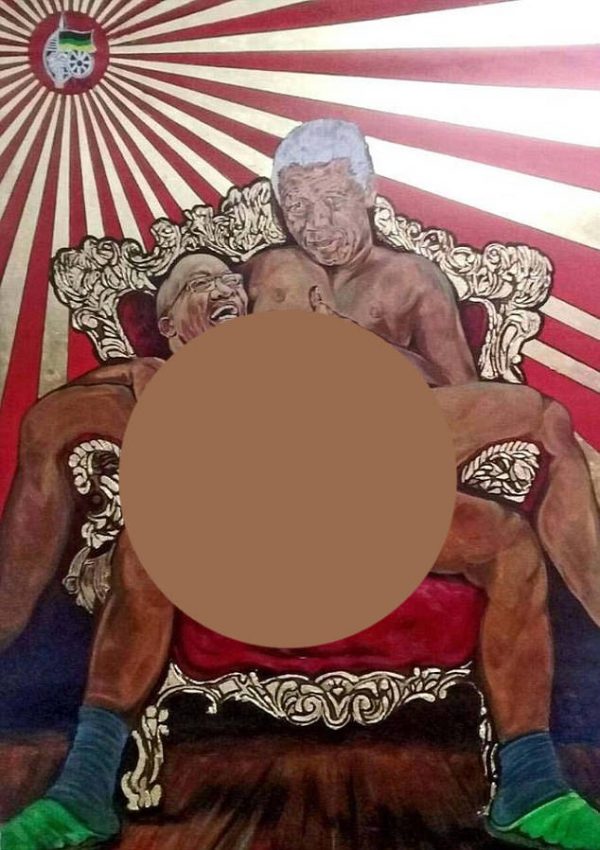 “We view his work as crossing the bounds of rationality to degradation, exploiting the craft of creative art for nefarious ends.”

The party urged the people to ignore the painting. Mabulu has previously done a number of controversial paintings showing Zuma’s genitals, much to the public outrage.

The foundation of the late anti-apartheid icon also rejected the piece as “distasteful”. It said while it respects the artist’s right to freedom of expression, it found the painting “distasteful”.

The artist has defended his work saying it reflects the current state of affairs in the country under Zuma’s leadership, who is accused of raping the democratic values of the country.
DECCAN CHRONICLE