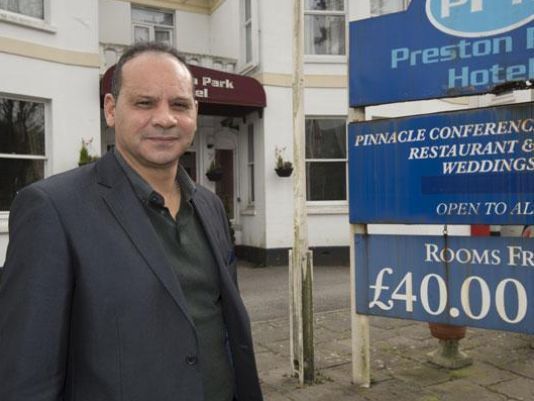 Rovertos Savvides, who has been the manager of Preston Park hotel for 13 years, spoke to The Argus after it was revealed that Masood had checked into the hotel on Tuesday, a day before the attack in Westminster.

Masood, 52, who lived in the central city of Birmingham, walked in off the street to book a room for Tuesday night and checked in at 1 p.m. local time.

Savvides remembered him to be “really friendly and chatty” and said the attacker told the hotel manager he was visiting friends in the south of England.

“All his documentation, registration details like his address in Birmingham, matched,” Savvides said.

Masood went to his room and as far as Savvides knows, he was not seen in the public areas of the hotel again.

He did not have breakfast and Savvides did not see him check out the next morning but he thinks that he left early.

The hotel manager believes the car that Masood left in the car park was a hire car and the same vehicle used in the attack.

“It is shocking and bizarre to know a guest then carried out this attack and then to know he was going to do it when he was staying with us,” he said.

“If I look back this person was friendly and there was nothing suspicious about him. It is very scary to be honest to think about what he was going to next and to think that he probably knew he was going to die when he was here.

“And also it is scary to think that he could have done this here or anywhere,” he added.

Savvides said he was now supporting his staff who were very shaken up by the news.

He revealed that police would be returning to the hotel to question staff they had not yet been able to speak to.

US NEWS and World Report