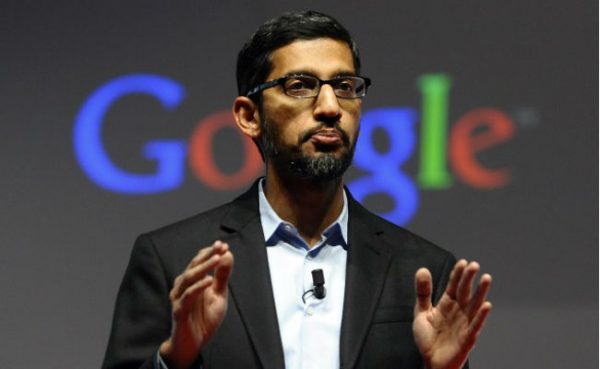 Google CEO Sundar Pichai said Trump’s order banning immigrants from seven predominantly Muslim countries from entering the U.S. affects over 100 of the search giant’s staff, and he criticized the ban’s toll on families.

In an employee memo reviewed by Bloomberg News and the Wall Street Journal, Pichai said, “We’re upset about the impact of this order and any proposals that could impose restrictions on Googlers and their families, or that could create barriers to bringing great talent to the U.S.”

“We’ve always made our views on immigration issues known publicly and will continue to do so.”

He said one employee was rushing back from a trip to New Zealand before the order was assigned, while two others were grappling with what this might mean to their families, according to the memo’s contents reported by the two news outlets.

Google did not immediately respond to a request for comment.

“Expanding the focus of law enforcement beyond people who are real threats would make all Americans less safe by diverting resources, while millions of undocumented folks who don’t pose a threat will live in fear of deportation,” he wrote on his Facebook page.

The statements came after President Trump signed an executive order Friday that suspends the entry of all refugees to the United States for 120 days, halts the admission of refugees from Syria indefinitely and bars entry into the United States for three months of immigrants from predominantly Muslim countries: Iraq, Syria, Iran, Sudan, Libya, Somalia and Yemen.

Trump’s executive order suspends the entry of Muslim  refugees  from Syria and 6 other Muslim nations into U.S.

The order made good on one of his most controversial campaign promises and was condemned by civil rights groups, immigrant groups and Democrats.

Trump’s stance on immigration was one of the key reasons the tech industry widely opposed Trump’s candidacy. Many of tech’s most successful companies have been founded or are run by immigrants, and the industry employs thousands of immigrants, often from Asian countries.

After Trump’s win, tech executives from Google, Facebook, Amazon and others met with the president-elect in a summit seen as a pragmatic move to find some common ground with the new administration. Tech leaders have largely been silent as Trump has rapidly signed orders in his first week in office that go against previously stated views.

But that changed later in the week. Facebook COO and and Lean In author Sheryl Sandberg also broke her silence, taking to Facebook to criticize the order that would bar funding to overseas healthcare providers that give abortion counseling.