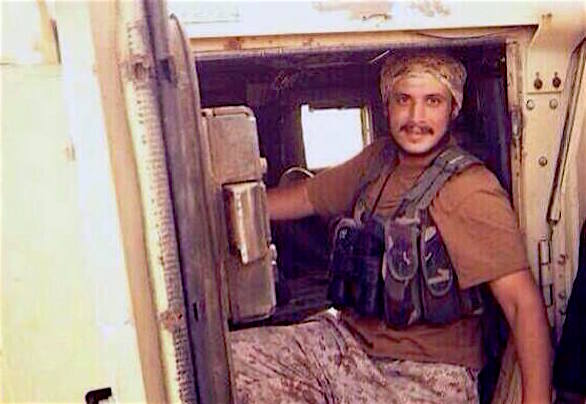 A US-led coalition airstrike has reportedly killed a senior jihadi leader in Raqqa, northeast Syria, according to a report by  military sources

Abu Jandal al-Kuwaiti, the commander of the Islamic State’s (ISIS) military operations in Raqqa, was killed along with a number of his escorts when a US airstrike hit their convoy on Tuesday morning.

“The ISIS convoy was hit near the Jaabar town in western Raqqa,” a spokesman for the Kurdish-led Syrian Democratic Forces (SDF) told ARA News.

“His death was one of the most painful blows to the group especially amidst the US-backed SDF progress towards Raqqa city, ”Syrian journalist Mustafa Abde was quoted as saying .

This comes just hours after the Syrian Democratic Forces expelled the ISIS radical group from the key town of Jaabar, which was used by ISIS as a supply route between the city of Raqqa and its northwestern countryside.

A senior U.S. defense official  confirmed that Abu Jandal al-Kuwaiti  was killed by a coalition airstrike in Syria on Monday.

The official said  that al-Kuwaiti was killed near Tabqa Dam.  No other details were available.

The Britain-based Syrian Observatory for Human Rights said earlier this week that he had been targeted by U.S.-led coalition aircraft. And IS supporters on social media had indicated on Tuesday that he had been killed.

The U.S. confirmation was the first official coalition acknowledgement of his death.

The U.S.-backed Syrian Democratic Forces have been battling Islamic State fighters near the strategically located dam, aided by a barrage of coalition airstrikes in the region.