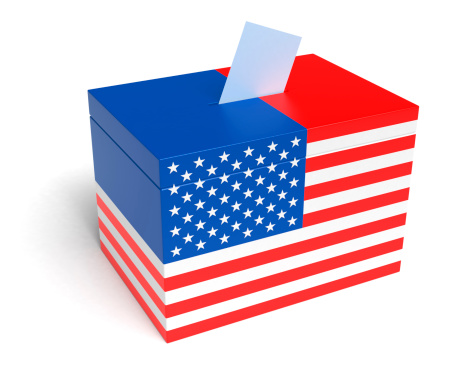 Passions are running sky high in this high-stakes election. Friendships have been lost. Marriages have been tested. Facebook friends unfriended. Neither Donald Trump nor Hillary Clinton has captured the hearts or hopes of any broad cross-section of the people. Neither offered any grand idea for a more secure, happier future. There was no New Deal, no Great Society, no Thousand Points of Light. But in interviews across the country, underneath it all lies a dogged faith in the unique excellence of the American people, which — despite our disappointment in politics — nourishes hope for the healing to come.
Share:

Hillary Clinton’s lead in the popular vote is growing. She is roughly 30,000 votes behind Donald J. Trump in the key swing states of Michigan and Wisconsin — a combined gap that is narrowing. Her impassioned supporters are now urging her to challenge the results in those two states and Pennsylvania, grasping at the last straws to reverse Mr. Trump’s decisive majority in the Electoral College.

In recent days, they have seized on a report by a respected computer scientist and other experts suggesting that Michigan, Pennsylvania and Wisconsin, the keys to Mr. Trump’s Electoral College victory, need to manually review paper ballots to assure the election was not hacked.

“Were this year’s deviations from pre-election polls the results of a cyberattack?” J. Alex Halderman, a computer science professor at the University of Michigan who has studied the vulnerabilities of election systems at length, wrote on Medium on Wednesday as the calls based on his conclusions mounted. “Probably not.”

More likely, he wrote, pre-election polls were “systematically wrong.” But the only way to resolve the lingering questions would be to examine “paper ballots and voting equipment in critical states,” he wrote.

Tellingly, the pleas for recounts have gained no support from the Clinton campaign, which has concluded, along with outside experts, that it is highly unlikely the outcome would change even after an expensive and time-consuming review of ballots.

But that has not quieted Mrs. Clinton’s supporters, who see the inequity of her growing lead in the national popular vote, which is now more than two million votes, or 1.5 percent of all ballots cast, according to the nonpartisan Cook Political Report, which regularly updates its count as states continue to tally and to certify votes.

Since there is currently no effort to review the paper ballots — which exist in Michigan and Wisconsin, but only in parts of Pennsylvania — conspiracy theories about the 2016 election may live on for years. After United States intelligence agencies accused Russia of trying to influence the election by stealing and publishing emails from the Democratic National Committeeand a range of other institutions and prominent individuals, the United States went on high alert to determine if there was any attempt to sabotage the vote count. So far, no one in the Obama administration has indicated that there is any such evidence.

In the three battleground states, Mrs. Clinton is behind by 1.2 percent or less, and the final results have not yet been certified.

Uniting around the social media hashtag #AuditTheVote, the campaign-after-the-campaign has picked up momentum among grass-roots activists still mourning Mr. Trump’s victory and who echo, paradoxically, his pre-election complaint that the vote was “rigged.”

“Based on the information of the intelligence community that Russia was actively trying to screw around with our election, I thought why not take the time and question this,” said Michelle Zuckerman-Parker, an engineer in Pittsburgh, who on Wednesday planned to petition her county election board for a recount of the Nov. 8 vote.

That view spread quickly on social media on Tuesday evening when New York magazine published an article about Professor Halderman and others who had contacted the remnants of the Clinton campaign. It also generated pushback by experts who said that even though it was theoretically possible to hack voting machines, it would be enormously difficult — because it would have to be highly targeted in key precincts and conducted on a scale required to assure Mr. Trump’s victory.

Time may have already run out. Pennsylvania allows individual voters to petition for a recount, but the deadline was Sunday, said Wanda Murren, a spokeswoman for the Pennsylvania Department of State. A candidate can also contest an election in court, and the deadline is Monday.

Michigan and Wisconsin have not reached their deadlines for seeking a recount, but they will in days. So far, Mrs. Clinton has not requested any action, said Reid Magney, a spokesman for the Wisconsin Elections Commission.

Until the publication of Professor Halderman’s work, Clinton supporters had few reasons to hope. He did not offer them much: He noted that while the voting machines used in those states are not connected to the internet during the election, they are programmed before the election. The data is usually transferred on a USB stick or other data card.

“If attackers can modify that software by infecting the machines with malware, they can cause the machines to give any answer whatsoever,” Professor Halderman wrote.

The problem, as Bruce Schneier, a security expert who has written often on the issue, noted in an interview, is that the usual triggers for a recount — a very close margin between two candidates — make little sense in a world of state-sponsored computer hackings. A truly sophisticated hacking would result in a wider margin of victory that would not set off an automatic recount.

Mrs. Clinton would have to triumph in all three states to win the Electoral College. The electors will meet in December to formally choose the president. And there, Mr. Trump is ahead by 290 votes to Mrs. Clinton’s 232, with Michigan still officially uncalled.

As of Wednesday, Mr. Trump’s lead in Michigan had shrunk to 10,704 votes, or 0.2 percent, according to the National Popular Vote Tracker maintained by the Cook Political Report.

The Clinton campaign did not respond to requests for comment. Other Democrats said it was time to move on.

“I’m not sure it’s possible to undo the results, and all the people are focusing their energy on opposing the worst ideas of this administration at this point, not the legitimacy of the results,” said Daniel Doubet, an organizer for Keystone Progress, a liberal group in Pennsylvania.

Those pushing for a recount say they are trying to pick up the fight for a tired and demoralized candidate and her staff.

“The Democratic Party and the Hillary campaign are exhausted, and they’re really hurting, and they may not have the clarity,” said Ms. Zuckerman-Parker, who briefly volunteered for the Clinton campaign.

On social media, supporters pleaded with the campaign to act. “Please @HillaryClinton @timkaine call for #AuditTheVote,” wrote Writerchick on Twitter, appealing to Mrs. Clinton and her running mate, Senator Tim Kaine of Virginia. “We are all working so hard for you, make the call, the nation is depending on you.”

By poring over local election results online, the Audit the Vote crowd uncovered what appeared to be anomalies in the counting. Helen Manich of National Harbor, Md., for one, noticed that Sauk County, Wis., reportedthat 31,838 ballots were cast overall, but the total votes for presidential candidates numbered 34,323.

Such glitches are not uncommon, election experts said. They are usually ironed out in the process of certifying results. Although those certifications might change the results by several hundred or several thousand votes, they are highly unlikely to move tens of thousands.

To shift the Electoral College, Mrs. Clinton would not only have to reverse her current deficits in Wisconsin and Michigan but also in Pennsylvania, which experts say is highly unlikely.

There is widespread confusion on social media about how recounts are generated. A flood of Twitter users have urged Clinton supporters to call the United States Department of Justice, even though it is states that certify election results.

Ms. Zuckerman-Parker was furiously trying to organize voters around the states to file petitions demanding a recount this week.

“It’s like this fever approach happening in the last few hours,” Melissa Lang of Allegheny County, Pa., said on Tuesday, describing her efforts to reach out to voters across the state using social media.

But Ms. Murren, the Pennsylvania State Department spokeswoman, said the deadline for such petitions had come and gone.

“Our staff is not aware of any petitions for precinct-level recounts in the presidential race,” she said.
NY TIMES