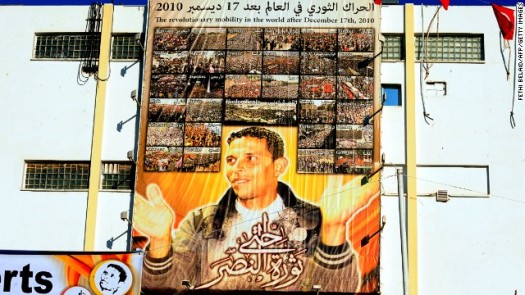 The Arab Spring protest movement has cost the region 614 billion dollars in lost growth since 2011. UN’s Economic and Social Commission for Western Asia in its report said, it is equivalent to 6 percent of the region’s total GDP between 2011 and 2015.
The estimate is the first of its kind by a major economic body. The uprisings, which started in Tunisia, saw leaders toppled in four countries, and led to war in Libya, Syria and Yemen. UN said, Arab states have faced economic and social stagnation since the uprisings in 2011. The report describes social progress as grim and said the rights of citizens have regressed in some countries. Economic analysis was done using growth projects made before the uprisings.

The Arab Spring started after a young, unemployed man, Mohamed Bouazizi, set fire to himself after officials stopped him from selling vegetables in central Tunisia in December 2010. Bouazizi’s action ignited a string of protests across Tunisia which led to the then President’s resignation and exile, and to the country’s first democratic elections in 2011. Protests in Tunisia acted as a catalyst for revolts and protests in several other Arab states, including Egypt, Yemen, Syria, Bahrain, Libya, Oman, Jordan and Morocco.