US consulate families ordered to leave Istanbul over terror fears 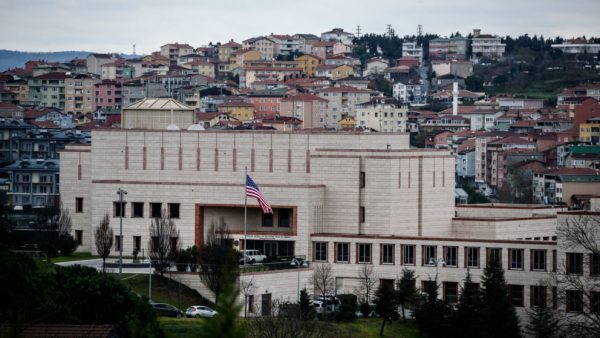 The information follows a warning last week of increased threats from extremist groups and advice that US citizens should carefully consider any travel within Turkey.

The Consulate General remains fully staffed and open and the order does not apply to other US diplomatic posts in the country.

Anti-American feelings in Turkey remain high despite it being a NATO ally, with Ankara blaming a failed coup in July on US-based cleric Fethullah Gulen.

The US State Department is considering a formal request from Turkey for the extradition of Mr Gulen, who lives in Pennsylvania and has denied any connection to the plot, condemning it “in the strongest terms”.

US leaders were outraged when Turkish President Recep Tayyip Erdogan accused Washington of backing the aborted insurrection that claimed at least 270 lives.

Ties between the two countries have been so frayed that Ankara has engaged in diplomatic flirtations with US foes Russia and Iran.

As well as the botched coup, Turkey has been shaken this year by a string of attacks from Islamic State jihadists and Kurdish militants.