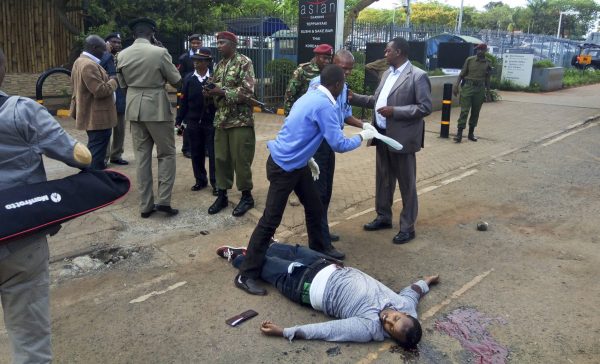 A knife-wielding man whom police described as a criminal was shot dead outside the U.S. Embassy in Nairobi last Thursday after he attacked and injured a Kenyan police officer.

“The person who carried out the stabbing of a guard outside the American embassy in Nairobi last Thursday was a soldier of Islamic State responding to calls to target coalition countries,” Amaq said.

Kenya’s police spokesman said at the time the motive was unclear and an investigation was launched. The spokesman could not immediately be reached on Saturday.

Islamic State previously claimed an attack in Kenya in September by three women who were shot dead after they tricked their way into a police station in Mombasa and tried to torch the building, according to police. The police in Kenya have also previously said they had detained sympathizers with the group.

But experts say it is not clear how close the connection is between groups and individuals proclaiming allegiance to the Islamist group and the Islamic State organization in its Middle East heartland of Syria and Iraq, where it is increasingly pressure from regional and international forces.