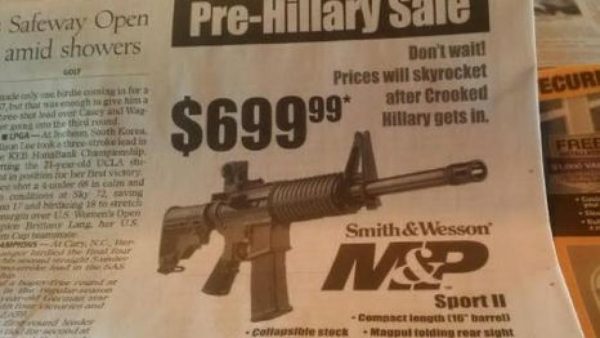 “Don’t wait! Prices will skyrocket after Crooked Hillary gets in,” reads an ad for a sale on semi-automatic rifles published in a Nevada newspaper. “Crooked Hillary”, of course, is what Republican presidential candidate Donald Trump regularly calls his opponent Hillary Clinton.

This “Pre-Hillary sale” refers to a common fear among Trump supporters, namely that if Clinton is elected, she would ban all guns or prohibitively raise their prices.

However, Clinton has never expressed such a restrictive stance. She has only called for expanded background checks and a ban on assault weapons.

The ad ran in The Las Vegas Review-Journal, which was bought by a Republican mega-donor last year. 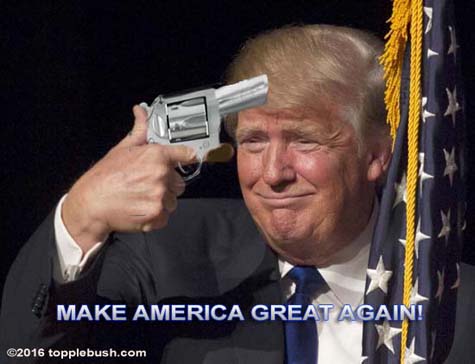 Trump has regularly attacked Clinton on the divisive issue of guns. In August, he suggested that “Second Amendment people” – that is, people who support the constitutional right to bear arms – could help stop Clinton from winning the election. His vague wording had many worried that he was calling for violence against his opponent. Then, in September, he told a crowd that Clinton planned to “destroy” the Second Amendment, and said her bodyguards’ guns should be taken away to “see what happens to her”.
FRANCE24/ OBSERVERS