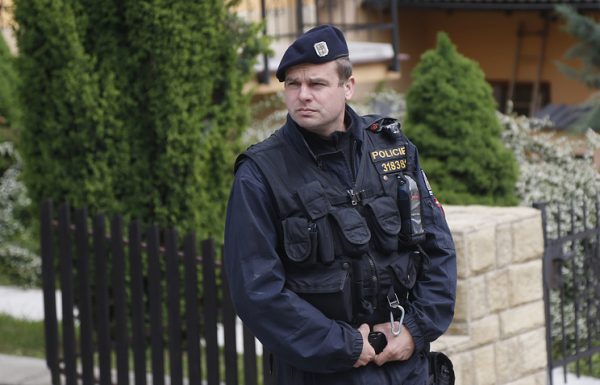 The Russian diplomatic mission in the Czech Republic insists on the return of a Russian national arrested in Prague at the request of the US, Russian Embassy Spokesman Andrey Kolmakov told TASS on Wednesday.

“The embassy was officially informed of the Russian national’s detention in the Czech Republic,” he stated. “The notice says that he has been detained at the request of one of the US state’s courts.”

“The embassy has been taking all necessary efforts to protect the interests of this Russian citizen. We are in contact with his attorney. Russia repudiates Washington’s policy of imposing its extraterritorial jurisdiction on all countries. We insist that the detainee is handed over to Russia,” Kolmakov stressed.

As the Czech police reported earlier, the detained Russian citizen was charged with cyberattacks against US targets.

The suspect, who was captured in a raid at a hotel in central Prague, did not resist arrest, but he had medical problems and was briefly hospitalized, the police said in a statement, according to a report by the New York Times.

David Schön, a police spokesman, said on Wednesday that the man, whose name has not been released, was arrested on Oct. 5. “We postponed the announcement for tactical reasons,” he said.

The statement said that “the man was a Russian citizen suspected of hacking attacks on targets in the United States,” and that the raid was conducted in collaboration with the F.B.I. after Interpol issued an arrest warrant for him.

A judge in Prague has ordered the man to remain in custody, and a court will examine whether to extradite him to the United States. Neither the Czech authorities nor the F.B.I. would supply further details.

The arrest came two days before the Obama administration formally accused the Russian government of stealing and disclosing emails from the Democratic National Committee and other institutions and prominent individuals.

The United States director of national intelligence, James R. Clapper Jr., said in a statement on Oct. 7 that high-level Russian officials were trying to interfere with American elections.

“The recent disclosures of alleged hacked emails on sites like DCLeaks.comand WikiLeaks and by the Guccifer 2.0 online persona are consistent with the methods and motivations of Russian-directed efforts,” Mr. Clapper said. “These thefts and disclosures are intended to interfere with the U.S. election process.”

Mr. Clapper said that “such activity is not new to Moscow,” and he accused Russia of using similar tactics across Europe to influence public opinion.