Is Donald Trump bad for your mental health? 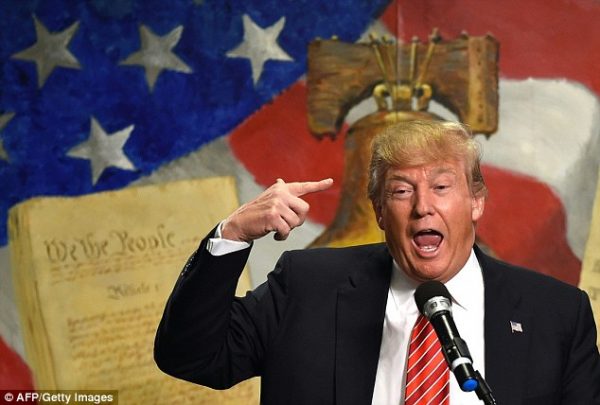 DONALD TRUMP
Share:
Donald Trump’s comments on women, immigrants and Muslims have made this year’s US presidential race one of the most divisive in living memory. But could his controversial remarks also be damaging the mental health of the nation?

A number of US therapists and school teachers have warned that Trump’s rhetoric is having a notable and negative effect on the public’s psyche, citing a growing anxiety among ethnic and religious minorities and racially hostile attitudes among impressionable young people.

“It has been on the minds of many of my clients, especially those from racial minority backgrounds,” said Meredith Shirey, a marriage and family therapist based in New York.

“I will say that overall there has been a significant increase in symptoms of generalised anxiety disorder among many of my patients due to Donald Trump and this election,” she told FRANCE 24.

Trump’s most inflammatory remarks during his presidential campaign have been well-documented: they include his plan to build a border wall to keep out Mexicans, a people he described as “Drug dealers, criminals, rapists”, and a proposed ban on foreign Muslims entering the country.

The recent leaked recordings of Trump making lewd remarks about women, dismissed by the candidate as “locker room talk”, and the allegations of sexual assault made against him in the past few days have left his campaign in turmoil. 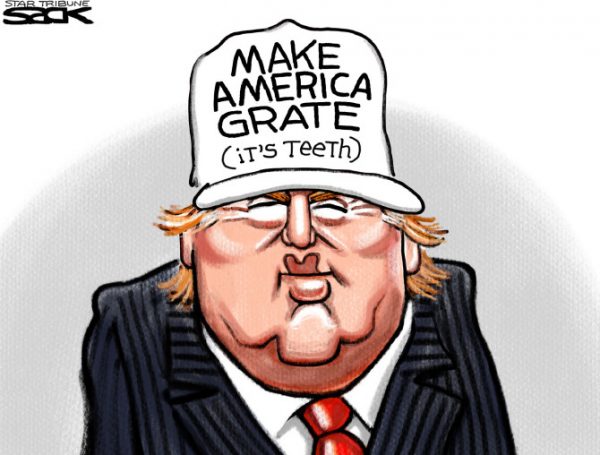 It is these latest revelations that are most troubling for Lindsey Pratt, a New York City-based psychotherapist specialising in sexual trauma.

“It’s something that’s really triggering for trauma survivors”, she told FRANCE 24, adding that a number of her clients have brought up Trump in their sessions.

“A lot of survivors don’t get any closure; their own abusers got away with it and now they’re horrified to hear someone on TV, in the public eye, bragging about getting away with it, dismissing it as ‘locker room talk’,” she said.

With the blanket media coverage of the election, victims of sexual assault “are finding they can’t escape his comments” and the painful memories they trigger, said Pratt.

Pratt and Shirey are not the only mental health professionals to raise concerns. An online “manifesto” denouncing Trump’s comments and policies as “antithetical to everything we stand for as therapists” has garnered hundreds of signatures from psychologists across the country.

The manifesto was set up by William J Doherty, a professor in the Department of Family Social Science at the University of Minnesota and a practising therapist for nearly 40 years, who says he was inspired to take action after seeing neo-fascist youths on the streets of an Austrian town while on vacation and feared something similar happening in his own country.

Trump ‘normalising some of the worst instincts in Americans’

“[Trump’s] disparagement of women and of minority groups like Muslims and immigrants is creating anxiety among those groups,” Doherty told FRANCE 24.

“It’s having a direct effect on peoples’ well being and alienating people from their countrymen.”

But psychologists’ concerns go further. They fear Trump’s words and actions could incite similar behaviour – be it sexual aggression of racial abuse – in others.

“He has legitimised and normalised some of the worst instincts in Americans to ostracise and abuse what we refer to as ‘the other’,” Doherty said.

“We can see it with therapists, particularly those that work with youths, with stories of young people acting out against the weak and minority groups. At a high school basketball game one team had a lot of players from immigrant backgrounds and people in the stands were chanting things like ‘build a wall’ and ‘Trump, Trump, Trump’.”

Doherty is not the first to question the impact Trump’s statements may be having on impressionable young people – it has even been given a name: “The Trump Effect”.

The name comes from the title of a report published in April by Teaching Tolerance, a non-partisan project of the Southern Poverty Law Center.

The report’s authors surveyed approximately 2,000 teachers, asking them how the presidential campaign was affecting their students and found that more than one-third said they have observed an increase in anti-Muslim or anti-immigrant sentiment.

But it was the anecdotal evidence provided by the teachers questioned that proved most troubling.

One teacher reported that a fifth-grader told a Muslim student “that he was supporting Donald Trump because he was going to kill all of the Muslims if he became president!”

Another recounted how the term “dirty Mexican” had become a common insult at their school. “Before election season it was never heard,” the teacher said.

The report was compiled before the leaked recordings of Trump’s comments on women and the sexual assault allegations became public.

But according to both Shirey and Pratt, this is another area where Trump’s remarks may also encourage copycat behaviour.

Trump’s comments in the wake of the scandal “seem to only perpetuate the characteristics that perpetrators of sexual assault use to rationalise their behaviours”, says Shirey, herself a sexual assault survivor.

“When someone in the public eye is able to brag about doing these sorts of things it creates the notion that this kind of thing can be taken lightly,” Pratt adds. “And that can absolutely encourage someone watching to think ‘I could get away with this too’.”