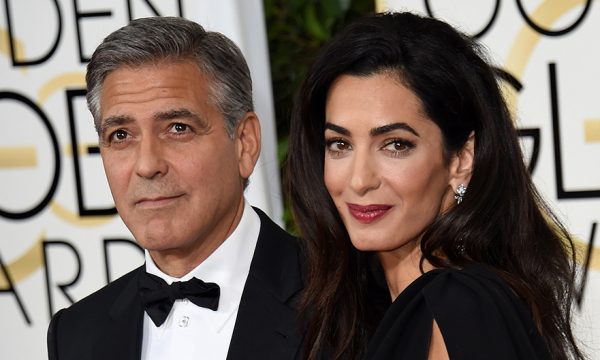 It was the surprise announcement of the year when George Clooney, known as one of Hollywood’s most dedicated bachelors, said he was finally ready to settle down. The lucky lady? Gorgeous and talented international human rights lawyer Amal Alamuddin. The unbelievably attractive pair married in Venice on September 27, 2014, and to celebrate their anniversary, we’ve gathered George’s most romantic quotes – and some of the couple’s most adorable pics.

“I knew fairly quickly that I wanted to spend the rest of my life with Amal,” George said of his surprise wedding proposal.

In the same interview, he discussed how he has changed since marriage. “I’m a much happier person and we have a very happy life,” he said. “I very much enjoy the projects that she takes on because they have real consequence.”

The Hollywood star has confessed it didn’t take him long to realise that Amal was ‘the one’.

“I think about three days in, you could tell. I mean, I knew when I met her that she was so extraordinary and special,” he said. “And then I wondered if I’d ever get a chance to date her.”

The actor sweetly told reporters at a children’s charity gala, “I really love my wife – I couldn’t be more proud of the things she does.” 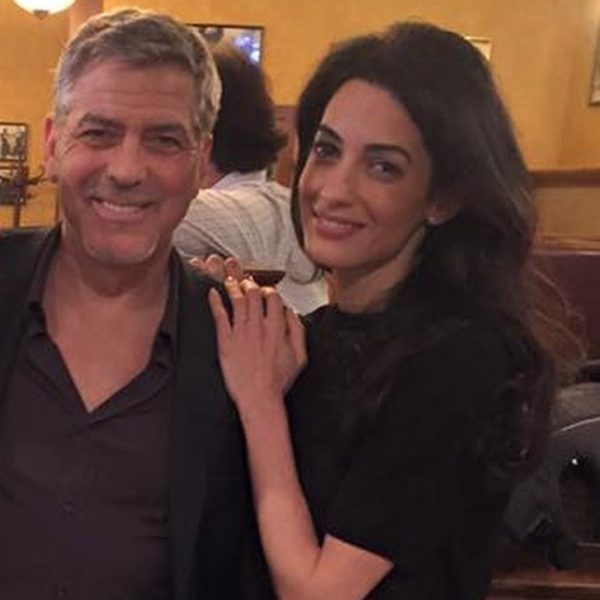 “Since she’s smarter than me, the only way we resolve anything is by arm wrestling,” he joked to news.com.au. “That is my only chance of winning anything with her because if it’s an intellectual battle, I would lose. She’s the smart one in the family.”

Before their wedding, George gushed about his future spouse at a charity gala in Florence. “I guess what I’d like to say to my bride-to-be Amal is that I love you very much, and I can’t wait to be your husband.”

“She’s someone that I enjoy spending every minute of the day with and I’m very proud to be around, watching the things that she does I admire so greatly,” the Monuments Men star said during a BBC interview.

“I’ve always been involved in things other than this business long before I was successful at it, but she’s been doing it kind of quietly and unheralded for a long, long period of time.”

Complimenting his wife’s sense of style and hard-working attitude, the 54-year-old said: “She’s stunning and has a great sense of style — there’s no stylist or anything, she just comes out like that, and she shows up, and she looks stunning. And she does it while she’s got 11 cases going — literally. So she’s an amazing woman.”

“She’s an amazing human being,” George told Entertainment Tonight. “And she’s caring. And she also happens to be one of the smartest people I’ve ever met. And she’s got a great sense of humour.”

On the red carpet at the Tomorrowland premiere, George said: “I’m a very lucky man to have met someone as special as my wife, so I’m very happy!”

The couple celebrated their first wedding anniversary with a sushi date in Los Angeles. Talking about the marital milestone, George said: “We sure are having fun!”