US admits it may have struck Syrian troops while targeting IS 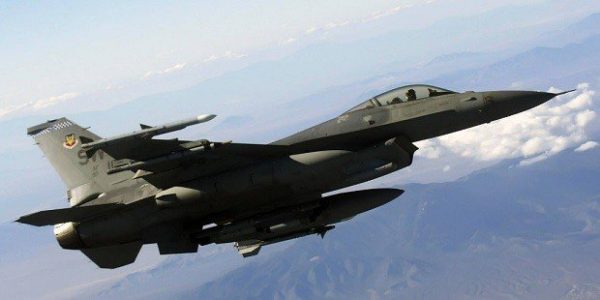 The episode comes at a time of escalating tensions in Syria. A partial cease-fire that started on Monday continues to steadily unravel after it was declared with much fanfare by the United States and Russia.

A statement by United States Central Command said that the planes stopped the attack after a warning from Russia that the strikes could be hitting Syrian troops.

A senior Obama administration official, speaking on the condition of anonymity because the strike was still being investigated, said the United States had relayed its regrets to the Syrian government through the Russians for the “unintentional loss of life of Syrian forces” fighting the Islamic State.

The Syrian government insisted that the strike was not a mistake. Instead, the government said it was “a very serious and flagrant aggression” that aided the Islamic State and proved its long-held assertion that the United States supports the jihadist group as part of an effort to oust President Bashar al-Assad

“These attacks confirmed that the U.S. clearly supports the terrorism of Daesh,” SAMA television, a state-run news outlet, said, using an Arabic acronym for the Islamic State, also known as ISIS or ISIL. The channel quoted a statement issued by the Syrian military’s general command, which said the attack exposed “false claims of fighting terrorism” by the United States.
Central Command, known as Centcom, denied it would carry out such an airstrike on purpose.

“Coalition forces would not intentionally strike a known Syrian military unit,” the statement said, offering at an unexpected moment one of the clearest signs yet of how far the United States has moved from three years ago.

In 2013, President Obama threatened to strike Mr. Assad’s forces in retaliation for chemical attacks on rebel-held suburbs that killed more than 1,000 people. He instead struck a deal with Russia to dismantle Mr. Assad’s chemical weapons program.

“Coalition forces believed they were striking a Daesh fighting position that they had been tracking for a significant amount of time before the strike,” the Centcom statement said. “The coalition airstrike was halted immediately when coalition officials were informed by Russian officials that it was possible the personnel and vehicles targeted were part of the Syrian military.”

Coalition jets have recently hit oil pipelines, fuel trucks and other parts of the Islamic State’s oil infrastructure in the vicinity of Deir al-Zour, according to daily statements from Centcom. Three strikes destroyed four tanker trucks and the head of an oil well on Tuesday, and strikes on Thursday destroyed eight fuel trucks and seven wellheads, the statements said.

The Syrian Army Command said that American warplanes had bombed an army base on Al-Tharda mountain at 5 p.m., allowing “a wide terrorist offensive” by the Islamic State that allowed it to seize the base.

The accusation came as hostilities have increased on numerous fronts in Syria’s complex, many-sided conflict. Russia backs the Syrian government and Mr. Assad, and the United States has called for him to step down. The powers have blamed each other as the cease-fire has eroded.

Residents of Deir al-Zour contacted on the internet said there had been clashes on Saturday between the Islamic State and government forces.

The strike began in the early evening, when planes attacked a group of vehicles that American surveillance aircraft had been watching for several days, according to a Centcom official who requested anonymity because the episode was still being investigated. Military intelligence had identified the cluster of vehicles, which the official said included at least one tank, as belonging to the Islamic State, the official said.

The attack went on for about 20 minutes, with the planes destroying the vehicles and gunning down dozens of people in the open desert, the official said. Shortly after this, an urgent call came into the American military command center in Qatar, the outpost in the Persian Gulf that coordinates the aerial campaign in Syria and Iraq.

The call was from a Russian official who said that the American planes were bombing Syrian troops and that the strike should immediately be called off. The Centcom official said the attack was halted within minutes, but not until dozens had been killed.

Russian planes would most likely have been providing air support to government forces in the province during the fighting there. Russian warplanes had also been targeting the area where the government’s clashes with the Islamic State occurred, according to the Syrian Observatory for Human Rights, a monitoring group based in Britain.

He said the strikes would “feed conspiracy theories that Washington is in league with ISIS,” as well as create a pretext for Mr. Assad to avoid his commitments under the cease-fire deal. Mr. Miller added that the episode would create opportunities for President Vladimir V. Putin of Russia “to blast the U.S. on the eve of the U.N. General Assembly,” the global meeting in New York starting this week.

Samantha Power, the United States ambassador to the United Nations, accused Russia of pulling a “stunt” by calling for an emergency Security Council meeting over the episode.

There have been other signs of tension around Syria.

Pro-government forces and Israeli troops have fired across the boundary between southern Syria and the Israeli-controlled side of the Golan Heights. On Saturday, the Israeli military said its Iron Dome defense system had shot down a rocket fired from Syria.

Government airstrikes have pounded many areas of Syria in the past 24 hours, and residents have reported deaths and casualties as well as the use of incendiary bombs. Aid deliveries that were promised to besieged areas continue to be held up.

The Syrian government and the rebel fighters covered by the truce, which does not include the Islamic State or fighters linked to Al Qaeda, have blamed one another for breaking the accord.

Russia has also blamed the United States for failing to separate the rebel groups it supports from an extremist group that until recently was officially linked to Al Qaeda.

Mr. Jolani reached out to rebel groups as they have been given a fateful choice: sever any tactical alliance with his Qaeda-linked militants, now known as the Levant Conquest Front, and lose an effective ally — or potentially face joint airstrikes from Russia and the United States under the deal they negotiated.

In recent months, the Syrian opposition has accused the United States of effectively siding with Mr. Assad by teaming up with Russia and focusing only on hitting designated terrorist groups and not the government, whose warplanes have leveled rebel-held areas, hospitals and civilian homes in indiscriminate strikes.