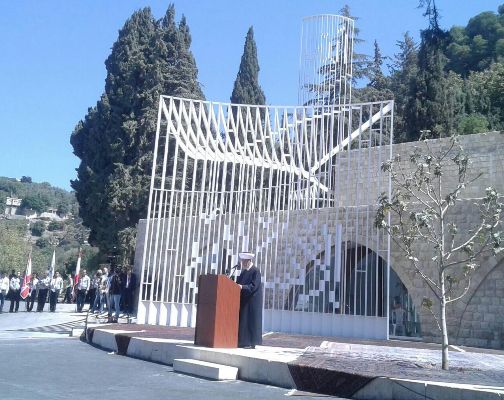 This comes a just over a month after the inauguration of the recently restored Mukhtara Church.

On both occasions Jumblatt invited political and religious leaders of all faiths.

Grand Mufti Sheikh Abdul Latif Daryan praised Jumblatt’s move and stressed that the safety of PSP chief is “part of the country’s safety.” 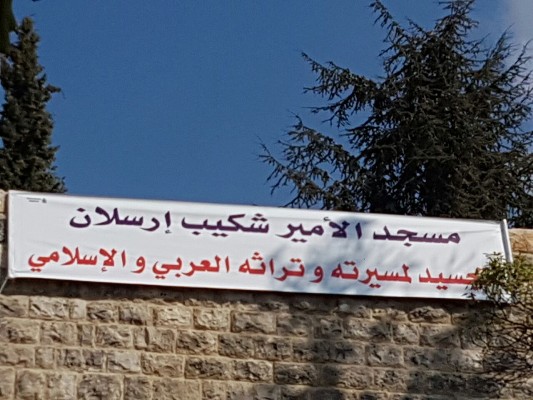 The Mufti was responding to the recent reports that surfaced about assassination plots against the Druze leader.

“The grand mission for which The Teacher Kamal Jumblatt was martyred was the mission of Arab belonging, which we pledge that we will continue. We have been and we shall remain Muslim and Christian Arabs as long as Mukhtara’s mosque and church remain,” Daryan added.

Darien used the occasion to express regret over “the obstruction of the work of parliament, government and national dialogue meetings,” although he highlighted the importance of “seeking change.” 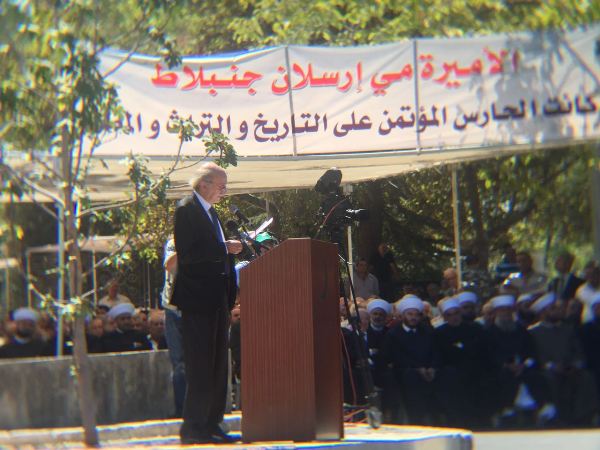 Jumblatt for his part said the inauguration of the mosque in Mukhtara is aimed at emphasizing that “Islam is a religion of moderation and coexistence.” 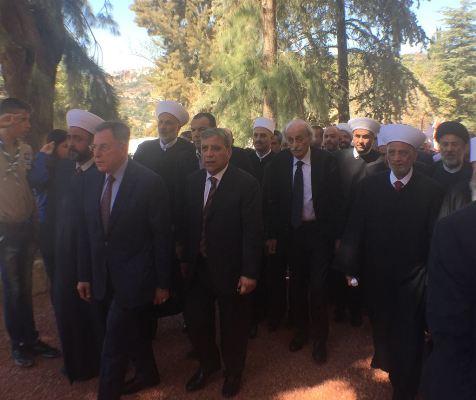 The mosque was named after Shakib Aslan who was a Lebanese Druze prince (amir) who was known as Amir al-Bayān (Arabic for “Prince of Eloquence”) because in addition to being a politician, he was also an influential writer, poet and historian.

Aslan advocated a version of Islam that was charged with political and moral assertiveness. He sought to reconstruct the bonds of Islamic solidarity by reminding Muslims from Morocco to Iraq that despite their diversity, they were united by virtue of their common adherence to Islam; if they would but recognize this bond and act on it, he believed they would achieve liberation from their current oppression and the restoration of what he saw as their splendid past. Arslan’s work inspired anti-imperialistic propaganda campaigns, much to the irritation of British and French authorities in the Arab world. 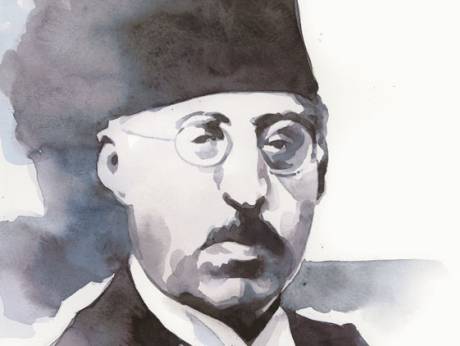 Exiled from his homeland by the French Mandate authorities, Arslan passed most of the first world war years in Geneva serving as the unofficial representative of Syria and Palestine at the League of Nations and writing a constant stream of articles for the periodical press of the Arab countries.

In Lebanon, Arslan opposed Ottoman Jamal Pasha’s stifling policies, mediating as necessary to free imprisoned peasants and politicians alike. He was able to rescue Maronite Patriarch Elyas Hawyik, who refused to pledge obedience to Pasha in Damascus, where the Third Army Corps was headquartered, persuaded Ottoman military officers not to seize arms destined for Christian and Druze warriors on the grounds that these weapons were used for self-defence, and secured the return from exile of leading families, including Shaikh Khalil Al Khoury, the father of Lebanon’s first president after independence, Shaikh Bishara Al Khoury.