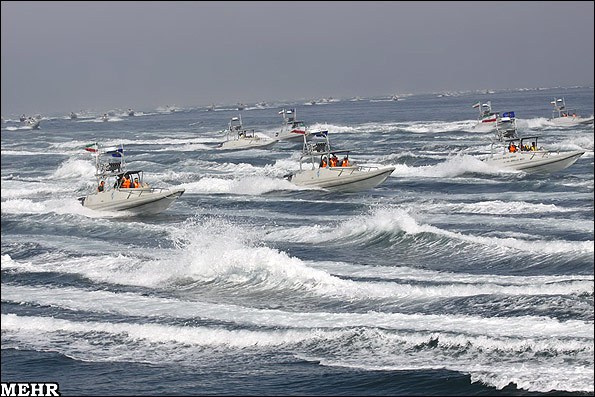 The incident is the latest in a series of interactions the Navy has called “dangerous and unprofessional” in a year that has seen more run-ins between U.S. and Iranian ships than in recent memory. Iranian vessels harassed destroyers and PCs in four incidents in late August, resulting in warning shots in one case.

“The Iranians’ unsafe maneuvers near a United States ship operating in accordance with international law while transiting in international waters created a dangerous, harassing situation that could have led to further escalation including additional defensive measures by Firebolt.”

The IRGCN boats approached Firebolt in the middle of the Persian Gulf on Sunday. Three peeled off and shadowed the PC from about 500 yards away for about eight minutes before turning and leaving the area, Cmdr. Bill Urban told Navy Times on Tuesday

One of the remaining four FIACs in the area then turned and stopped directly in Firebolt’s path.

“This situation presented a drastically increased risk of collision, and Firebolt then maneuvered to narrowly avoid the FIAC at a range of 100 yards before departing the area.”

Firebolt tried to get the boats on the radio three times but there was no response. The crew-served weapons on deck were uncovered and manned but untrained according to accounts, he added.

Though the situation did not escalate, it’s the kind that the Navy would have reported to the State Department with a request for a message of protest, if the U.S. and Iran had an official diplomatic relationship.

One expert told Navy Times in August that Iran’s harassment is likely to come from a lower-level commander trying to show off, who has little regard for the United States’ rights to operate in international waters.

“This is the 31st unsafe and/or unprofessional interaction of 2016, but it would concern to us if it was just one,” Urban said. Every unsafe interaction brings a risk of escalation or miscalculation.” ]